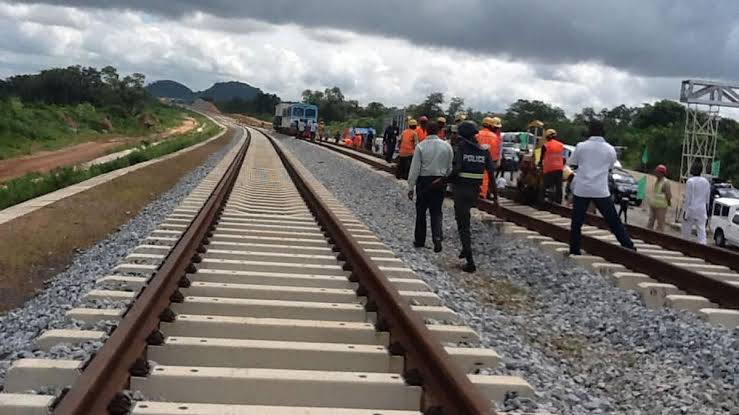 The assurance was given by the Minister of Transportation, Mu’azu Jaji Sambo, during 2023 budget defence session, the Ministry had with the National Assembly joint committee on Land and Marine Transportation.

Completion of the projects according to him, was premised on collection and utilisation of multi-billion dollars loans from financial institutions based in China, Portugal and Turkey

He said, “Currently, the implementation of the Kaduna-Kano, Port Harcourt to Maiduguri and Kano – Maradi Segments of the Railway Modernization is ongoing with the Federal Government counterpart funding in the 2022 appropriation

“The Ministry hopes that the Federal Ministry of Finance concludes negotiation of the loans with infrastructure development finance institutions of the Chinese, Portuguese and Turkish origin to implement the projects.

“To ensure finalising and signing of the loan agreements, evidence of source of funding of the balance of the advance payment and other aspects of work to be financed directly by the Federal Government has to be made available to these financial institutions through adequate budgetary provisions in the year 2023 budget and subsequent budgets”.

He also said that the Lagos – Ibadan segment of the Lagos – Kano and Itakpe to Warri railway projects were fully operational and receiving patronage from the general public.

To reach practical completion on the projects, the Minister said some aspects of works, including construction of overpass bridges, connection to the national grid and other ancillary provisions had to be completed.

He lamented the sad occurrence on the Abuja – Kaduna Rail incident earlier in the year and said plans were ongoing to resume service there.

“With the release of those abducted, the Ministry plans to commence operation on the line, but not without taking proper precautions.

” Necessary security gadgets would be installed to monitor the line and forestall a reoccurrence”, he said.

He expressed the hope that members of the National Assembly would assist the Ministry in achieving the plan.

The Chairman of the Joint National Assembly Committee on Land and Marine Transport, Senator Danjuma Goje ( APC Gombe Central) , expressed concern over the extension of the implementation of the capital component of the yearly budget beyond each fiscal year.

“The extension of the implementation of the Capital component of the annual budget by three months, had defeated the success recorded by the 9th National Assembly to reverse the country’s budget cycle to January to December”, he said