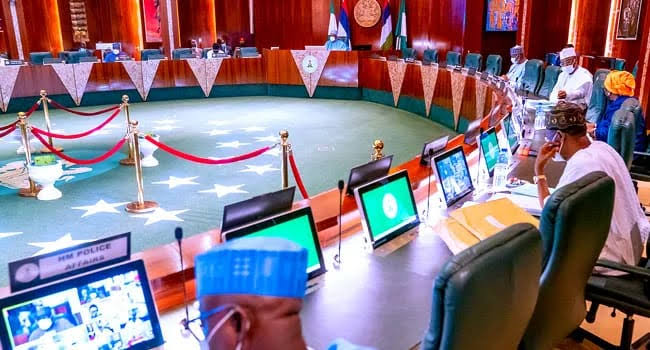 The federal executive council (FEC) has approved three contracts to boost the electricity supply in the country.

The council gave the approval on Wednesday during the weekly meeting presided over by President Muhammadu Buhari.

Abubakar Aliyu, minister of power, while briefing state house correspondents after the FEC meeting, said all three memos presented by his ministry got approved.

He said the memos were for the purchase of major electricity transmission equipment.

“The first one was a variation of a subsisting contract for the Katampe to National Stadium, 132 direct circuit line, which is about 90 per cent completed,” Aliyu said.

“The contractor sought the variation because of some delays on the project. All the necessary due processes have been followed, and the variation approved by FEC today is N201, 949, 811.00.”

The minister said the other two contracts were for the procurement of two sets of power transformers and the construction of a transmission line in Kebbi state.

“The third approval is a contract to also design, construction, and installation of a 260-kilometre transmission line from Birnin-Kebbi, through Zuru to Yauri in Kebbi State.

“Also, the cost has two components; the offshore is $25.8 million and the onshore is N10.2 billion.”

Ogbonnaya Onu, minister of science and technology, explained that the revision of the policy became imperative to enable Nigeria to take optimum advantage of all the available sources of energy in the country.

He said Nigeria has an abundance of crude oil, fossil fuels, and variants of renewal energy (solar, hydro, wind, geothermal and biomass) in commercial quantities and a good mix of all these will greatly improve the energy supply.