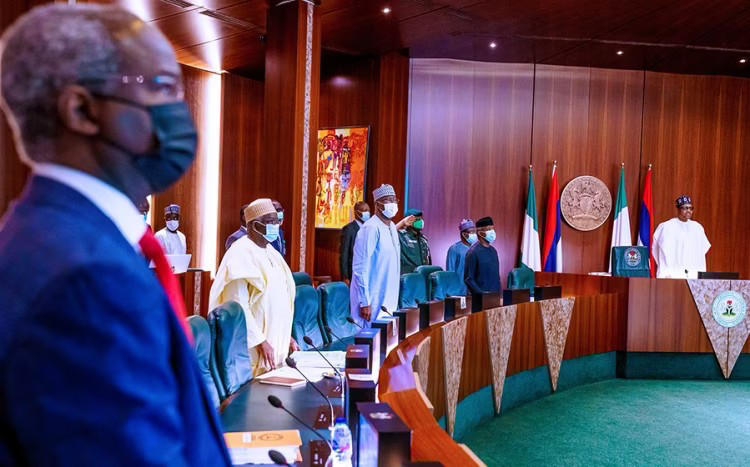 The Federal Executive Council (FEC) has approved N56.3 billion for the completion of the Abaji-Koton Karfe section of the Abuja-Lokoja highway.

The Minister of Works and Housing, Babatunde Fashola, revealed this to State House correspondents at the end of the Council meeting presided over by President Muhammadu Buhari, on Wednesday, in Abuja.

He said the approval was for the re-award of contract for the 49 kilometre section of the road due to non-performance by the former contractor.

He said: “The Ministry of Works and Housing submitted two memoranda. The first was for the termination and re-award of the 49 kilometres section of Abaji to Koton karfe, which is part of the Abuja-Lokoja highway.

“It was awarded for N56.175 billion. Hopefully, this should facilitate the completion of that critical highway, which started in 2006,” he said.

He also revealed that the council approved over N250 million revised cost for the completion of Aboto Alfa road, linking Kwara and Oyo States.

“The second memo was for the revision of the contract for some of the Aboto Alfa -Oyo boundary road in Kwara.

“The revision was by the sum of N251,530,000 which revised the contract sum from N3,060,000,000 to N3,311,000,000 to enable the contractor make provision for drains to replace unsuitable material and to reconstruct damaged shoulders of the road, as well as accommodate some variation in price.

“The memo was also approved,” he added.

The Minister of Humanitarian Affairs, Disaster Management and Social Development, Sadiya Farouq, also told correspondents that Council approved over N2 billion for the purchase of cattle to boost animal production in Taraba.

“One was for the revised estimated total cost for the supply of cattle for Taraba State under the Emergency Agricultural Intervention Programme for states that were affected by conflict and insecurity.

“The approval we got was in the tune of two billion, some millions thereabout.”

She added that the Council also approved the National Action Plan on Human Trafficking, 2022-2026.

On his part, the Minister of Science and Technology, Ogbonnaya Onu, revealed that the council approved the revised science, technology and innovation policy for the country.

According to him, it has become necessary for Nigeria to review her own science policy, in line with current developments in science globally.

“The memorandum approved today for the Federal Ministry of Science Technology and Innovation was essentially a revision of the science, technology and innovation policy for our dear country

“There have been tremendous advances in science, technology and innovation all over the world and this necessitated the need for our science and technology policy which was put in place since 2012, 10 years ago.

“The policy needs to be revised so that we can keep pace with new and emerging technologies.

“The main objective is for us to use science and technology to improve the standard of living of our citizens and ensure that we have high quality of life and this we can get if our nation becomes more prosperous and our economy is more globally competitive,” he added.

The minister maintained that the new policy would help Nigeria narrow the gap between her and the technologically advanced countries of the world.

The Minister of State for Budget and National Planning, Clement Agba, who also briefed the correspondents that he updated the council on the recent results of the 2021 fourth quarter GDP released by the National Bureau of Statistics.

He said the result showed a great improvement in the Nigerian economy, which grew by 3.98 percent.

“Ours was not to seek approval but to brief the Federal Executive Council on the results recently released by the National Bureau of Statistics, fourth quarter GDP and also some other indicators of the Nigerian economy.

“According to the report, Nigeria GDP grew by 3.98% year on year in real terms in the fourth quarter of 2021.

“This shows a sustained positive growth for the fifth quarter since the recession witnessed in 2020 when output contracted by -6.10% and -3.62% in quarter two and quarter three or 2020 under the COVID 19 pandemic.

“Council was also briefed that the inflation rate declined year on year for eight months, consecutively since April 2021, but they decreased slightly in December 2021, 15.63% was recorded.