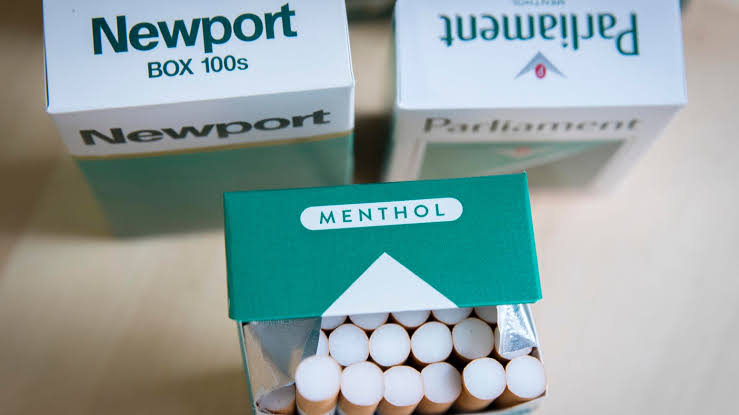 The US Food and Drug Administration proposed on Thursday a rule to ban menthol cigarettes and flavored cigars.

“Through careful consideration of the scientific evidence and our authorities under the Tobacco Control Act, we’ve determined that these actions are appropriate for protection of the public health,” FDA Commissioner Dr. Robert Califf told a Senate subcommittee.

“The proposed product standards would, among other things, improve the health and reduce the mortality risk of current smokers of menthol cigarettes or flavored cigars by substantially decreasing their consumption and increasing the likelihood of cessation. This is another important move forward in the agency’s efforts to combat youth tobacco use and promote health equity.”

This landmark proposal could have a big impact on public health, experts said.

“I want to underscore the momentous aspect of this. It will be it will be a game-changer,” Erika Sward, assistant vice president of national advocacy for the American Lung Association, said Thursday. “The rules will have a tremendous impact on stopping kids from starting to use tobacco and critically save lives of people, particularly from diverse backgrounds.”

Menthol is an equity issue that the FDA has been considering for more than a decade. It is the last special flavor allowed in cigarettes in the US. It was carved out of the 2009 Tobacco Control Act that banned all other flavored cigarettes and gave the FDA the authority to regulate the tobacco industry to protect public health. The law also required the FDA to conduct and fund research on menthol.

After several years of FDA investigation and public input from hundreds of thousands of interested parties, the Public Health Law Center and other groups filed a citizens petition requesting the agency prohibit menthol in cigarettes. A 2020 lawsuit alleged the FDA unreasonably delayed issuing a final response. In 2021, the FDA announced it would pursue rulemaking.

About 18.6 million people smoke menthols in the United States. That’s about 36% of all smokers, according to the FDA, and a disproportionate number are people of color.

The tobacco industry has heavily marketed menthol products to communities of color and other minority groups.

About 30% of White smokers choose menthols, but they are the cigarette of choice for nearly 85% of smokers who are Black. About 40% of women smoke menthols, compared with 31% of men, according to the FDA.

LGBTQ people are also significantly more likely to smoke menthols. A 2013 study that looked at data from the US Centers for Disease Control and Prevention’s 2009-10 National Adult Tobacco survey found that 36% of LGBTQ smokers chose menthols, compared with 29.3% of straight smokers

Smoking rates in the US reached an all-time low in 2018, according to the CDC, but smoking is still the top cause of preventable death, disease and disability in the country. In general, cigarette smoking is responsible for more than 480,000 deaths per year in the US, including more than 41,000 deaths from secondhand smoke.

Cutting out menthol in cigarettes and cigars could have a significant effect on the number of smokers, the FDA said. By one estimate, it could even prevent 650,000 premature deaths over the next 40 years.

Another study projects that an elimination of menthol as a cigarette flavor would lead 923,000 people to quit smoking, including 230,000 African Americans, in the first year and a half.

A switch to flavored cigars

After the 2009 Tobacco Control Act banned flavored cigarettes, many smokers who preferred flavors — especially children — may have shifted to flavored cigars, including menthol and “kid-friendly” flavors like fruit punch, strawberry and grape.

The FDA said that the use of flavored cigars “increased dramatically” and that public health goals may have been “undermined” by the availability of these products. More than half a million youth in the US smoke flavored cigars, according to the FDA

Flavored cigars and cigarillos are especially popular among children, particularly Black and Hispanic kids, who are twice as likely to smoke them as their White classmates.

The FDA noted that one survey found that nearly 74% of teens 12 to 17 said they smoked cigars because they came in flavors that they enjoyed.

“A prohibition on menthol cigarettes and flavored cigars would mark a historic turning point in the decades-long battle against tobacco use and the epidemic of tobacco-related disease,” Nancy Brown, CEO of the American Heart Association, said in a statement Thursday. “The science is clear: Menthol cigarettes have an adverse impact on public health and have no public health benefits as compared to non-menthol cigarettes. They increase the likelihood and degree of addiction among youth smokers, elevating the number of premature deaths from tobacco use. Their removal from the market would have enormous benefits for public health in this country.”

If enacted, the FDA was careful to note, the rule will address only tobacco companies and the industry. The agency, as well as state and local law enforcement, does not independently enforce FDA rules.

The proposed rule would not prosecute individual consumers for possessing menthol products.

Some activists, like the Rev. Al Sharpton and the Mothers of the Movement, have warned that a ban on menthol products could cause more violent encounters with police as they enforce the rule.

Anti-smoking advocates have found that Sharpton and some other civil rights organizations have received money from cigarette makers for decades. Sharpton acknowledged to the New York Times in 2019 that Reynolds American has been a longtime donor to his National Action Network but said, “this is not about money.”

Other groups, like the NAACP and many members of the Congressional Black Caucus, are in favor of a ban.

“The targeting and marketing of menthol flavoring by the tobacco industry have had a devastating impact on our community. Menthol-flavored cigarettes have induced many children and adults, resulting in lifelong addictions, health challenges, and ultimately killing our loved ones,” the NAACP said in a statement. “Today is a huge win for equity, justice, and public health concerns.”

The FDA said Thursday that it “recognizes concerns related to how state and local law enforcement may enforce their own laws in a manner that may impact equity and community safety, particularly for underserved and underrepresented communities. The FDA is seeking comment on, among other things, how it can best make clear the respective roles of the agency and state and local law enforcement, as well as policy considerations related to the potential racial and social justice implications of the proposed product standards.”

Califf said this is something the agency will address more in the future.

“We take these concerns seriously,” he said. “Let us make one thing abundantly clear. These measures and related enforcement would be on the tobacco industry, not individuals who possess or use these products.”

An FDA ban on menthol and flavored cigars won’t go into effect right away.

The next step will be a comment period that will run from May 4 through July 5. The FDA will also hold public listening sessions June 13 and 15.

The agency is then expected to take time to review the comments before a rule becomes finalized.

The rule would take effect one year after the final version is published. Public health experts are confident that tobacco companies will also try to stop the ban by suing the agency, as the companies have with past tobacco-control legislation.

“My plea is that we not lose our sense of urgency about this,” he said. “Literally, lives can be saved.”