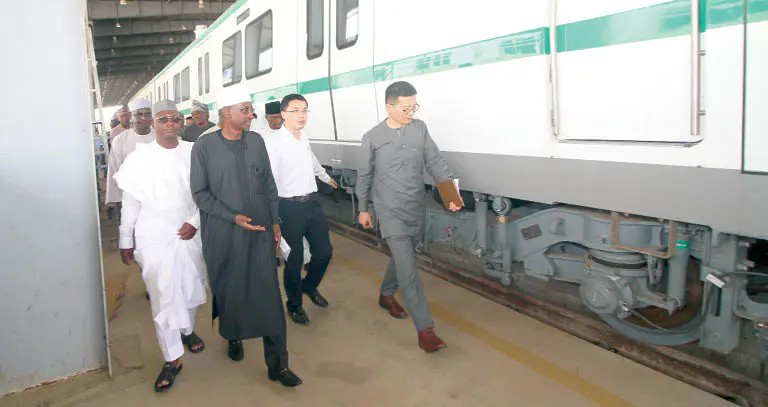 Anthony Ogunleye, chief press secretary to Muhammad Bello, minister of the federal capital territory (FCT), made this known in a statement on Sunday.

According to the statement, Bello held a strategic meeting with senior officials of the China Civil Engineering and Construction Corporation (CCECC) at the operation control center (OCC) of the rail system in Idu, Abuja.

Speaking after the meeting, which also included an extensive tour of the OCC, Olusade Adesola, permanent secretary, FCTA, said the purpose of the visit to the center was to review the project.

He added that the meeting was held to determine actions to be taken within the shortest possible time to restore the mass rail transit system back into operation.

“The FCT administration has made substantial investment in this project with the support of the federal government of Nigeria. You will recall that the project was test run shortly after it was commissioned and thereafter, the advent of the COVID pandemic resulted in a forced closure and suspension of the operations,” he said.

“COVID is over and we are desirous to resume operations. But there are certain issues that were not intended that had arisen, which will require attention. This is the purpose of coming here to look at the project in its entirety and to know actions to be taken within the shortest possible time, in order to restore the Abuja mass rail transit system back into operation.

A lot of high-powered decisions were reached, which we will give effect to as directed by the minister. We will look forward to a quick resumption of the operation of the train system.”

Meanwhile, Olusade said in preparation for the resumption of operations, measures had been put in place to ensure the security of the entire length of the light rail system.

This, he said, is in addition to the security that will be provided on board by other government agencies.

“So, for the security of Abuja rail mass transit, it is guaranteed. When we resume operations, everybody can travel safely,” he added.