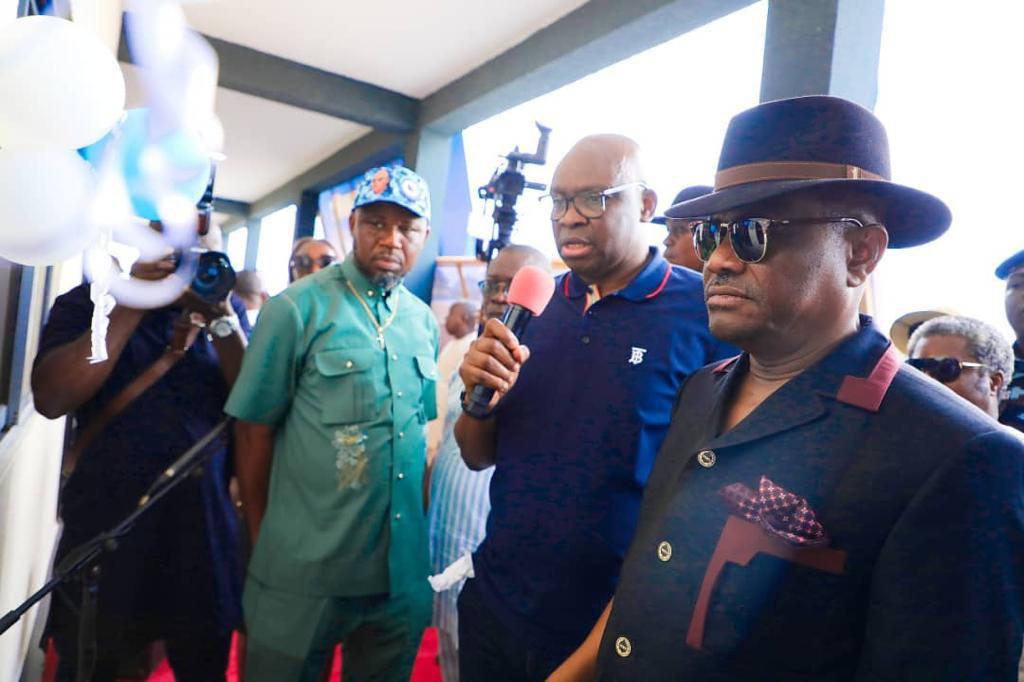 Ayo Fayose, former governor of Ekiti, has asked members of the Peoples Democratic Party (PDP) to work towards ensuring that the party’s candidate wins the presidency in 2023.

The former governor made the appeal on Friday while inaugurating a project in Obuama, Rivers state.

Fayose was hosted by Nyesom Wike, governor of Rivers.

There has been division in the opposition party after Abubakar won the party’s presidential election in May.

Party stakeholders, especially those from the south, had demanded that the party’s presidential ticket be zoned to the region.

Weeks after Abubakar won the PDP presidential ticket, Fayose had said a southerner must succeed President Muhammadu Buhari in 2023.

Fayose, who was a contestant in the PDP presidential primary, had attributed his rejection of a northern candidate to the party’s constitution which supports zoning

The current President of Nigeria is a 2-term Northern Presidency, thus implying that it MUST be a Southern Presidency in 2023 or NOTHING,” the former governor had tweeted at the time.

But speaking on Friday in Rivers, Fayose said “the needful” should be done to help Abubakar win the presidential election.

“There is no living being within this party and outside this party that will not acknowledge your contribution to this party. You are the soul of this party even till now what you do how many people do it.

“I believe the needful will be done because winning an election is all that matters. Wike has not come out to say that Atiku Abubakar is not the presidential candidate.

“I was there the second day after the election when our candidate, the former vice-president, visited the house, the residence of governor Wike and we had mutual conversations. We were all happy. Everything was in place to move forward. I spoke at that meeting, but we don’t want to aggravate this situation.

“I am only appealing to people that matter. In every political party, there would be groupings, the same family, and different interests, but we can do better than we are doing. People around the corridor of power, please allow this candidate to win the election.

We do not celebrate victory until it is ours. Even in my state, they said that Fayose is Tinubu’s man. Like I said, people were decamping — sitting governors. I did not. Some people believe that you have to destroy your leaders before they can rise.”