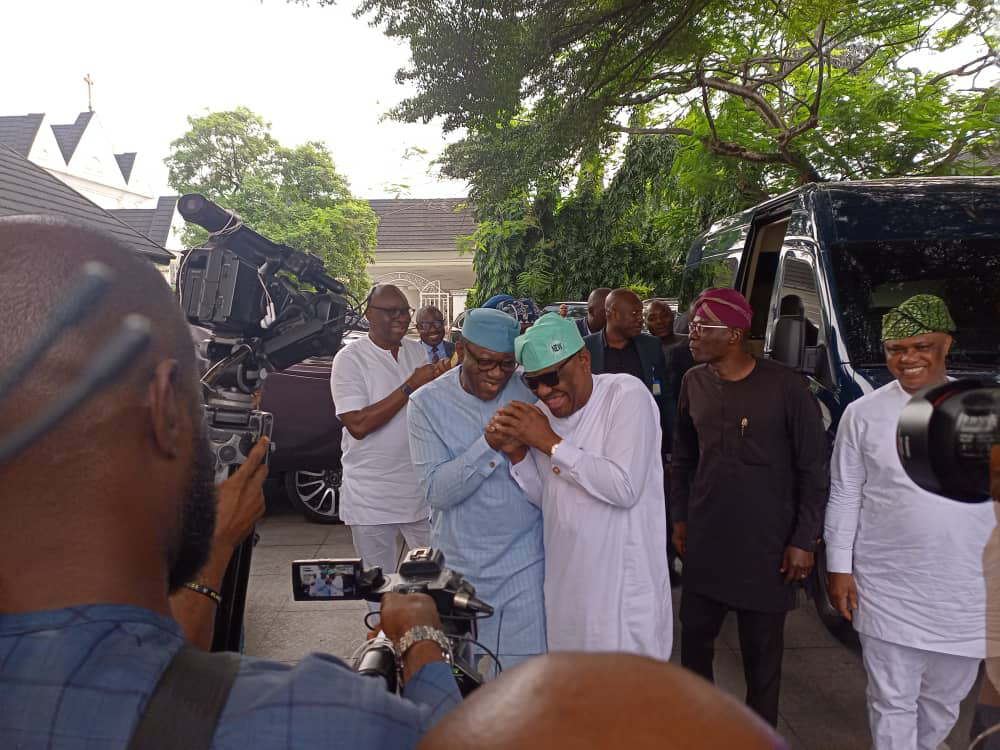 Three Governors of the All Progressives Congress on Friday arrived at the private residence of Governor Nyesom Wike of Rivers State for a closed door meeting.

The Governors are Kayode Fayemi of Ekiti State, Babajide Sanwo-Olu of Lagos State and Rotimi Akeredolu of Ondo State.

The details of the closed-door meeting is not yet known but it may not be unconnected with the 2023 presidential election.

Wike, a chieftain of the Peoples Democratic Party (PDP), is expected to back his party’s candidate, Atiku Abubakar but speculations have emerged that the Rivers State Governor is unhappy after being passed over for the vice presidential ticket.

APC presidential candidate, Bola Ahmed Tinubu, was said to have met with Wike in France last week but the Tinubu media office has denied such a meeting ever took place.