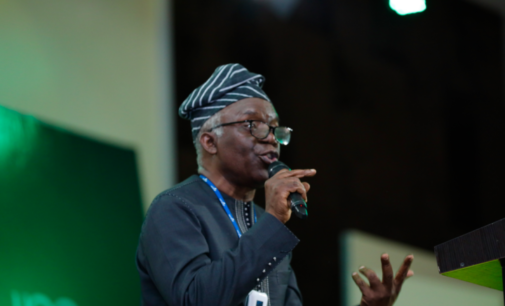 Femi Falana, a senior advocate of Nigeria (SAN), has asked President Muhammadu Buhari to direct that members of the Academic Staff Union of Universities (ASUU) be paid their full salaries.

The union had on October 14 called off its eight-month strike.

Olajide Oshundun, head of press and public relations, federal ministry of labour and employment, had said ASUU members were paid their October salary pro-rata and not half salary as reported.

According to Oshundun, pro-rata was done because the union could not be paid for work not done.

Reacting to the development, Falana, who is also ASUU legal representative, said the position of the federal government on the matter is “factually faulty and legally misleading”.

He argued that since Buhari overruled the no-work-no-pay principle invoked on members of the Nigerian Association of Resident Doctors (NARD), it is logical to do the same for ASUU.

Falana asked the president to ignore the advice of Chris Ngige, minister of labour, and pay ASUU members their full salaries from February to October.

‘The position of the federal government is factually faulty and legally misleading,” he said.

“Since the industrial action was called off, the public universities have adjusted their calendars to ensure that the 2021/2022 academic session is not cancelled. Consequently, students are currently taking lectures or writing examinations that were disrupted during the strike of the ASUU.

“Therefore, having regard to the facts and circumstances of the ASUU strike the doctrine of ‘no work, no pay’ is totally inapplicable as students who were not taught during the strike are currently attending lectures and writing examinations.

“Furthermore, it is public knowledge that the members of the Nigerian Association of Resident Doctors (NARD) embarked on a strike that lasted two months last year. The federal government dragged the striking doctors to the national industrial court which ordered the NARD to call off the strike. As soon as the strike was called off, President Muhammadu Buhari jettisoned the ‘no work, no pay’ principle and ordered the payment of the salaries for the two months that the strike lasted.

“On that occasion, the President overruled Dr. Ngige in the interest of industrial harmony in the health sector.

“In the same vein, the ASUU recently called off its 8-month old strike in compliance with the order of the national industrial court and the court of appeal. We are therefore compelled to call on President Buhari should ignore the advice of Dr. Ngige and direct the public universities to pay the full salary of each lecturer from February to October 2022.”

The senior lawyer said if the government fails to pay, it would be accused of engaging in the selective application of the “no work, no pay” principle which is discriminatory and illegal.