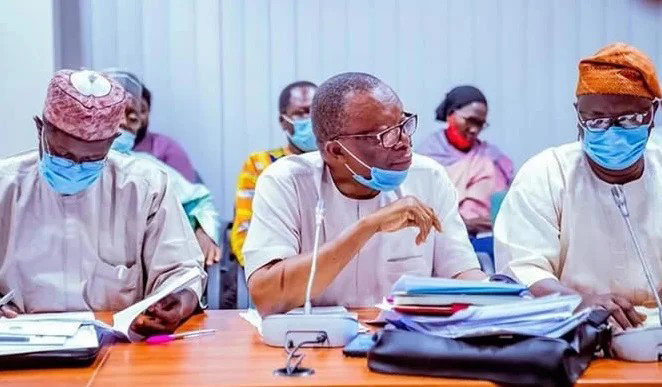 The Academic Staff Union of Universities (ASUU) has denied rumours that it demanded a fresh payment of N1 trillion from the federal government as a condition to end its ongoing strike.

ASUU embarked on a warning strike on February 14 after a two-day deliberation of the union’s national executive council.

The union had accused the government of reneging on the agreements it reached to suspend its last industrial action in 2020.

ASUU also argued that the latest strike followed the government’s attitude towards the renegotiation of salaries and allowances as well as the adoption of the University Transparency Accountability Solution (UTAS) payroll software.

The lecturers’ agitations cover the funding for the revitalisation of public universities and promotion arrears.

Other demands are the renegotiation of the 2009 ASUU-FGN agreement and the inconsistencies in the Integrated Personnel and Payroll Information System (IPPIS).

The federal government has since been meeting with the union to deliberate on ways to end the industrial action.

Emmanuel Osodeke, president of ASUU, who spoke to TheCable Lifestyle on Sunday, expressed concern that there has been little progress on the part of the government as regards its engagement with the union over the past couple of days.

Asked about the rumours that fresh monetary demands were made by the union, Osodeke said, “it’s not correct”.

“The outcome of that meeting was reported. Nobody mentioned N1 trillion. We don’t respond to all these rumours. What we’re demanding is coming after the government agreed to spend N1.3 trillion in 2009,” the ASUU president added.

“It was to be released N200 billion per year for five or six years. They didn’t do that which is what we’re asking for.”

Moyosore Ajao, the ASUU chairman at the University of Ilorin (UNILORIN), who also spoke on the matter, reiterated that the renegotiation of the salaries of lecturers has been an integral aspect of the union’s demands.

“That’s blackmail [to claim we made fresh demands]. We’re talking about outstanding debt needed to fund the system based on FG’s 2013 agreement. FG was supposed to pay N1.3 trillion to universities over six years,” he said.

“It was meant for the revitalisation of universities to bring our universities to be at par with global standards. This is an agreement of 2013 when the former president Goodluck Jonathan released N450 billion out of N1.3 billion.

“And so far, they have released about N50 billion to fund the entire university system.

“That is to cover federal and state in terms of equipment, furniture, and whatever. The ASUU strike is [also] about our salaries, we’ve said this several times. People have been on the same salary structure since 2009.

“How many times have the salaries of NNPC chief executive and so on been reviewed? These are the questions.”

Poor infrastructure in Nigeria’s public tertiary institutions including polytechnics, colleges of education, varsities is one of the reasons ASUU embarked on what became its 16th strike in 23 years.

The strikes disrupted the academics of Nigerians, with an estimated 75 percent graduating later than scheduled.

Following the NEEDS assessment of 16 federal universities in 2012, the government had agreed to consistently release N1.3 trillion as revitalisation fund over the space of six years, starting with N200 billion in 2013.

This was meant for the massive injection of funds into public universities to improve facilities and human capacity.

PREVIOUS POST FG to take stock of empty houses to address Housing deficit
NEXT POST Burna Boy involved in accident with his $282,700 Ferrari