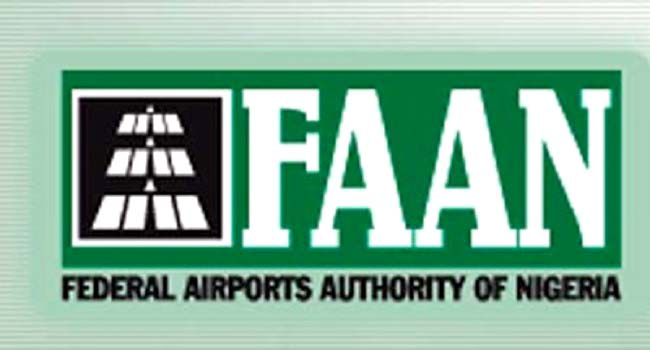 The Federal Airport Authority of Nigeria (FAAN) has banned 2 officials of the Nigerian Immigration Service from operating in any of the nation’s airports for extorting the sum of N8000 from a passenger at Lagos airport.

This disclosure is contained in a press statement issued by the Acting General Manager of FAAN, Mrs Faithful Hope-Ivbaze, on Friday in Lagos, and can be seen on its official Twitter handle.

Hope-Iybaze in the statement titled, ‘Re: Allegations of Extortion of Passenger at MMA’, said that the 2 immigration officials were banned from the airports after confirming the extortion at the Muritala Muhammad International Airport (MMIA).

Hope–Ivbaze said that a team of FAAN Aviation Security officers were commissioned to investigate the allegation, following a tweeted allegation on February 19, 2022, by the mother of a 14-year old girl travelling on Lufthansa Airline that the two immigration officials extorted N8000 from her daughter.

In a series of tweets via her handle @Imoteda, the mother of the girl, on February 19, 2022, explained that her daughter was travelling on Qatar Airlines when two officials of the Nigerian Immigration Service extorted the sum of eight thousand naira from her daughter.

“They took money from a 14 year.Didn’t even leave her with 1kobo or one thousand naira so she can buy food while she waits,” she wrote. “I am so angry. A child!!!!!!! Why are you stealing money from a child! And you took all of it and didn’t let her call her mother?!!!”

Following the allegations, the FAAN Aviation security officers were however commissioned to investigate the accusations.

She said, “Upon investigation, they found the allegation to be true, as the officers involved were identified with the help of footages on our CCTV facility, and the cooperation from the Nigerian Immigration Service.

‘’Consequently, the officers were made to refund the exact amount collected from the passenger. Their on-duty cards were also withdrawn permanently, and they have been banned from working in any Nigerian airport to serve as deterrent to others.’’

The FAAN spokesperson in the statement commended the mother of the child, who has confirmed receipt of the money and for deeming it fit to escalate the case as well as assisting FAAN tremendously in the course of the investigation.

She expressed appreciation to the Comptroller of Immigration at the MMIA and her team for her cooperation and support in addressing this issue.

The FAAN Spokesperson said that the authority would continue to identify and sanction any airport official (including FAAN officials) found to be extorting passengers or perpetuating any act of illegality at our airports.