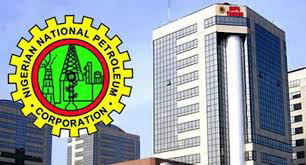 The report stated that the oil majors said they had agreed to settle with the NNPC and would terminate ongoing litigations once the new arrangements took effect.

The move came 10 days after the firms renewed leases with the Nigerian government and production-sharing contracts with the NNPC for the permits at the heart of long-running disputes over the allocation of crude.

“Lawyers for Equinor and Chevron asked the judge to suspend the case until the end of October to allow sufficient time for the conditions to be satisfied and for the settlement agreement to become effective,” letters to two New York federal judges showed.

Once that happens, the companies “expect to withdraw this action,” the letter said. Exxon and Shell anticipate being able to do the same after 60 days, they said in a separate letter.

None of the five companies involved immediately responded to requests for comment, Bloomberg reported.

The IOCs had sued NNPC in 2017 in the United States’ court to force the national oil company to pay out $1bn in alleged overpayments on Oil Mining Lease 128 where the Agbami field was located.

Statoil and Chevron’s Nigerian branches had, in mid-March 2017, requested a federal court in New York to uphold an arbitral decision ruled in their favour in March 2015 over their dispute with NNPC.

At the time, an arbitral court based in Nigeria had asked NNPC to pay nearly $1bn to the majors to cover the excess amount it had earned when redistributing revenue from OML 128, which encloses the Agbami field (240,000 barrels per day), Africa Energy Intelligence reported.

It added that the NNPC motioned an appeal to the Federal High Court in Lagos which issued a counter-ruling in May 2015 stating that Statoil had to pay $1.1bn to NNPC in 2015

Shell and Exxon initiated similar proceedings in New York in 2014 over a $1.8 billion arbitration award.
Both penalties followed allegations by the oil majors that the NNPC took crude beyond its entitlement under 1993 PSC contracts, designed to incentivise the companies to develop deep offshore blocks