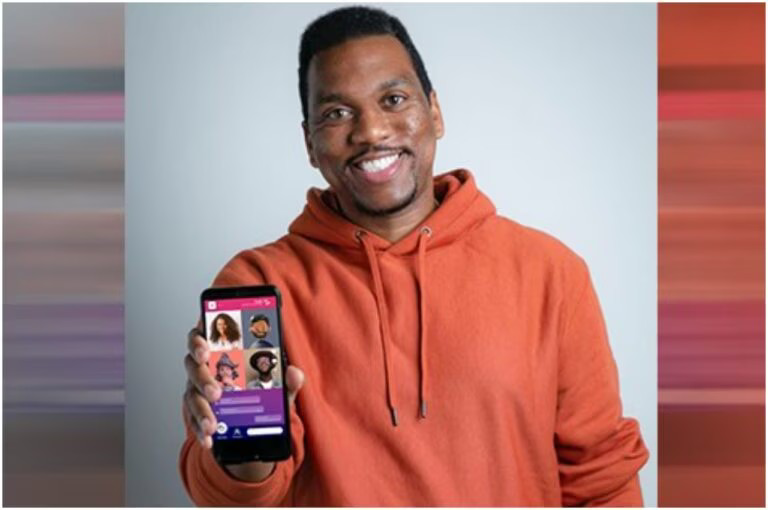 Meet Matthew Newman, the founder and CEO of TruSo, an audio-visual social media networking app for the Black community worldwide. It offers a social environment that is as close to face-to-face as one can get — which psychologists say provides “a great way to feel more emotionally connected to other people and creates meaningful interactions.”

In its first month, the app quickly raised more than $30K from individual shareholders who wanted in.

Matthew comments, “At its core, TruSo is the barbershop, beauty shop and brainchild of the Black community. Over the past few years, we’ve seen racism and discrimination creep into social media in a way that attempts to mute Black voices. In contrast, TruSo amplifies Black voices.”

Keeping pace with technology, Matthew announced in early 2022 that TruSo will launch both in 2D as well as in 3D in the metaverse.

“What TruSo is building is perfectly suited for the metaverse — and one thing we don’t want, is for the Black community to be left behind as the world enters this new frontier,” he states.

While most folks are still trying to wrap their minds around the metaverse, a simple way to describe it is as “a shared virtual 3D world, or worlds, that are interactive, immersive, and collaborative” — and interactive and collaborative is what TruSo is all about — not only a social media medium but as a resource for small businesses and entrepreneurs.

In addition to providing an engaging community experience, the app also offers monetization opportunities for the Black community.

Family, friends and fans are also coming aboard TruSo as early-stage investors — becoming shareholders with as little as $100. Investment opportunities are open for a limited time at StartEngine.com/TruSo.

What people are saying:

“Matthew Newman is an expert at creating ‘experiences’ and now he’s extending that to the metaverse — creating a powerful experience Black folks have never seen,” states TruSo shareholder, spokesperson, and actor Kareem Grimes

“What TruSo is building is groundbreaking — that’s why I chose to come aboard.”

Demonstrating the power of community and how supportive the Black community can be of its own, many of TruSo’s early investors signed up after hearing about the app during Newman’s interview on “Sway in the Morning.”

“People know when something is real, and people resonate with TruSo because it’s needed and there’s nothing else out there like it. I believe we’re on the cusp of something great. Others sense it too,” shares iconic media personality Sway Calloway.

Two-time U.S. Olympian, Miki Barber, admits that she didn’t want to “sleep” on the opportunity because she believes TruSo is the next big thing.

“Back in the day, laws prohibited everyday folks from being able to get in on the ground floor as an investor in startups like Microsoft or Facebook. President Obama changed those laws and now a person at any income level can invest. It would be a shame if we slept on this opportunity,” Barber states.