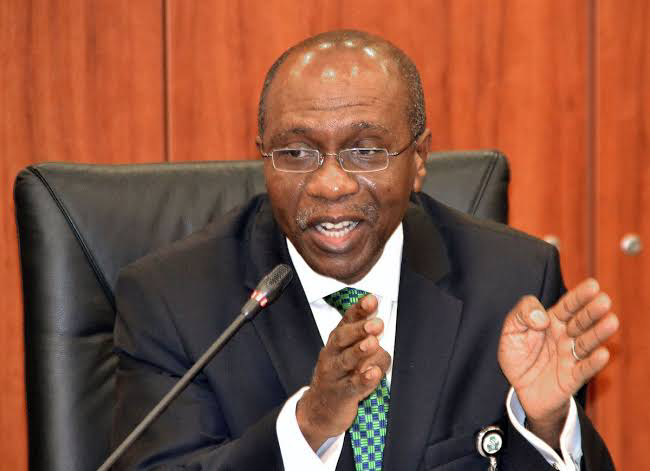 Godwin Emefiele, governor of the Central Bank of Nigerians (CBN), says he is focused on fighting inflation and designing a robust monetary policy for the country.

He said this in a series of posts made via his official Twittter handle on Monday.

The CBN governor was reacting to reports regarding his rumoured bid for presidency in 2023.

“My focus at this time is a robust monetary policy and fighting inflation which is now a global problem; building a strong financial system in an increasingly uncertain global economy,” the tweet reads

“Building a world class International Financial Center in Lagos; as we support the @MBuhari Administration to finish strong.#NoDistractionsPlease.”

Last month, Emefiele had denied purchasing aircraft to support a campaign for him to contest the presidency.

At the time, online reports alleged that the CBN governor had bought “three airplanes” for his presidential campaign, and that he had also been asked to resign from his position.“Fake news,” he had tweeted in response to the report

when a ‘group of his friends’, tagged ‘Friends of Godwin Emefiele’, visited him to discuss the controversy over his rumoured presidential ambition, the CBN governor was quoted as saying he would prefer to leave the matter in God’s hands.

“Mr. Emefiele told us that he believes it’s the prerogative of President Muhammadu Buhari to plan his succession in line with global best practices for good governance for the continuing peace and progress of the federal republic of Nigeria. As such, he will play his part to stabilise the economy for an orderly transition,” a statement signed by the group, reads.

“And given that it’s God that anoints leaders, he will leave his faith (sic) firmly in the hands of God.”