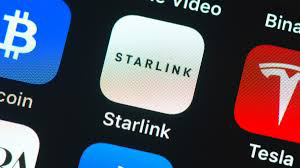 On Sunday, the software became the most downloaded app from the Apple App Store in Ukraine, and it remained in the top spot as of Monday afternoon, according to Sensor Tower, which tracks downloads.

The app also had the most installs globally in a single day on Sunday–about 21,000–across the App Store and Google Play, with most coming from Ukraine, the app-analytics firm said.

Starlink enables video calls, online gaming, streaming and other high-data-rate activities, according to the service’s website. Users can expect to see download speeds between 100 megabytes and 200 megabytes a second, the provider says.

PREVIOUS POST FG FLAGS OFF NEXIT CBN AGRIC BUSINESS INVESTMENT SCHEME FOR OVER 460,000 EXITED N-POWER BENEFICIARIES
NEXT POST I got all the 3D scans, and I can’t wait to meet them’ Singer Rihanna expecting twins