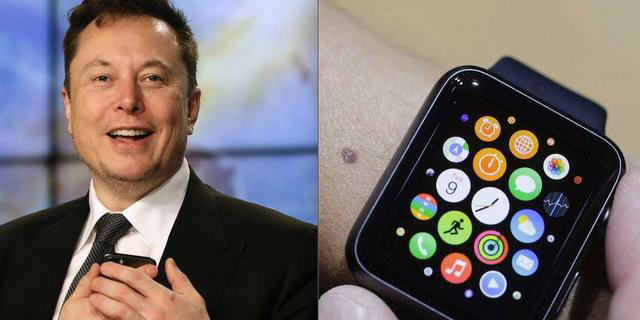 On Sunday, the founder of the brain-interface technology company invited smartwatch employees and people that had worked on phones to come work for Neuralink. He said that the skills developed at a wearable-tech company would be “directly applicable” to Neuralink’s device, even if a person has no experience with artificial intelligence.

“It is an electronics/mechanical/software engineering problem for the Neuralink device that is similar in complexity level to smart watches (which are not easy!),” Musk said on Twitter.

It was not the first time that the billionaire drew a correlation between Neuralink’s device and a smartwatch or phone. In 2020, Musk said the brain chip which he has said will be able to do anything from cure neurological diseases like Parkinson’s to help people communicate through text or voice messages will be the “future” of phones and smartwatches.

The smartwatch industry has faced several hurdles. When Apple launched into the industry in 2014, design experts said wearable tech faced difficulties when it came to reducing increasingly sophisticated technology down to a small, one-inch watch screen, plus not overwhelming a consumer with information.

Neuralink could be facing similar concerns. In his tweet Sunday, Musk said Neuralink is in the midst of developing its surgical robot, a machine that could help address some of the difficulties the company has faced when it comes to developing a device small enough to implant into the human brain. Last year, a Neuralink engineer said in a promotional video that the electrodes in the chip were “too small for a human to handle.”

“We’re working on bridging broken links between brain & body,” Musk said on Twitter on Sunday. He added that using the implant to treat obesity was “certainly physically possible.”

Musk said on Sunday that the company is on track to launch human trials and transition from implanting its chips in monkeys to humans by the end of the year. In January, the company posted a job opening for a clinical trial director to oversee human trials and manage communication with the Food and Drug Administration (FDA).

Musk has been teasing human trials for several years. In 2019, the billionaire said that the program would begin testing on humans as early as 2020. Last year, he said trials would start by the end of 2021 and that he was in “close communication with the FDA.”