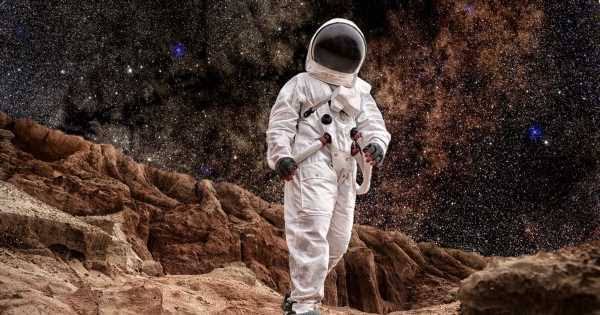 SpaceX founder and Tesla CEO Elon Musk has suggested humans will land on Mars by 2029.

The world’s richest man has long made it clear that he wants to colonise the red planet.

And now the boss of aerospace company SpaceX has said exploration and landing on Mars could be achieved by the end of the decade after replying to a question on Twitter.

Musk replied with a now viral tweet with his prediction for touching down on Mars, replying to the Space_Hub tweet that tagged him with “2029”.

Musk shared a first glimpse of the Mars expedition plan last month with a simulation video of what a trip would look like, with the caption: “This will be real in our lifetime.”

But Musk clearly hopes that will happen sooner rather than later as he suggested 2029 as a possible year for the first humans to step foot on the planet.

The “Starship Animation” video showed a group of astronauts flying towards Mars and upon touchdown see an existing human settlement.

Musk has pushed for reusable rockets through SpaceX since 2002, and his Starship programme seems to follow that dream.

Although production of the rockets is moving swiftly, Musk has said that they will require many tests before launch, with hopes that the rockets could provide a short turnaround travel time like a commercial airline, LADBible reports.

Musk said: “We’ve got to first make the thing work; automatically deliver satellites and do hundreds of missions with satellites before we put people on board. We’re making good progress.

“The thing that really impedes progress on Starship is the production system… A year ago there was nothing there and now we’ve got quite a lot of production capability.