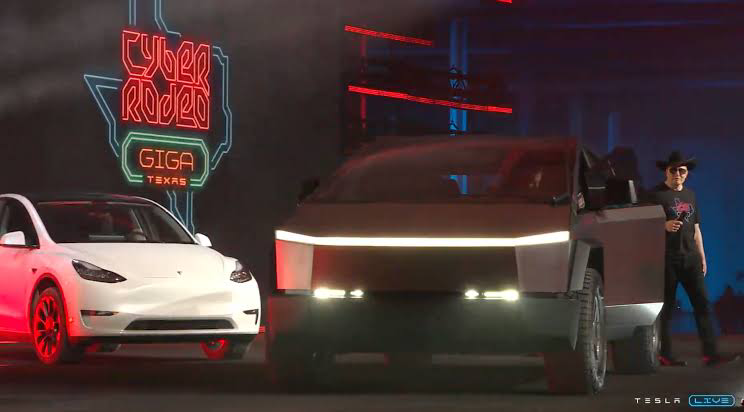 Tesla fans flocked to Austin, Texas, Thursday to join in what CEO Elon Musk warned could be “the biggest party on earth.”

The so-called Cyber Rodeo—a party decked out with a neon-lit displays and an aerial light show performed by autonomous drones—kicked off at 4 p.m. local time, to celebrate the opening of Tesla’s latest Gigafactory in Austin, Texas.

Tesla applied for a permit to host 15,000 people for the opening ceremony and, for those unable to join in person, the electric vehicle maker livestreamed the event’s main festivities, which began after dark.

Tesla’s Shanghai factory, which it opened in 2019, is the company’s most productive site, churning out roughly 600,000 units a year. Before the electric vehicle maker opened its Gigafactory in Berlin, the Shanghai site served customers across China and Europe. But production at the Shanghai Gigafactory has been suspended as a rampant COVID outbreak has forced the city into lockdown.

Besides being home to the latest in Tesla’s line of increasingly cavernous production sites, Austin also now serves as the EV maker’s global headquarters, after Musk moved the company’s HQ from California to Texas in December last year.

“We ran out of room [in California], so we need a place where we can be really big, and there’s no place like Texas,” Musk told the crowd when he took to the stage at the plant’s Cyber Rodeo opening party.

According to Musk, if the Austin Gigafactory was stood on its end the production site would be taller than the Burj Khalifa. Musk also says the new Gigafactory is the largest manufacturing site in the world by volume. “According to our calculations, you could fit 194 billion hamsters in this building,” Musk said, apparently responding to a question shouted from the audience.

But Musk says things are only going to get bigger for Tesla.

“This year’s all about scaling up, then next year there’s going to be a massive wave of new products,” Musk said during the Cyber Rodeo, pledging full self driving, a dedicated robotaxi, and the launch of Tesla’s hominid robot Optimus in the near future