Elon Musk lists 18 investors who have committed $7bn of equity 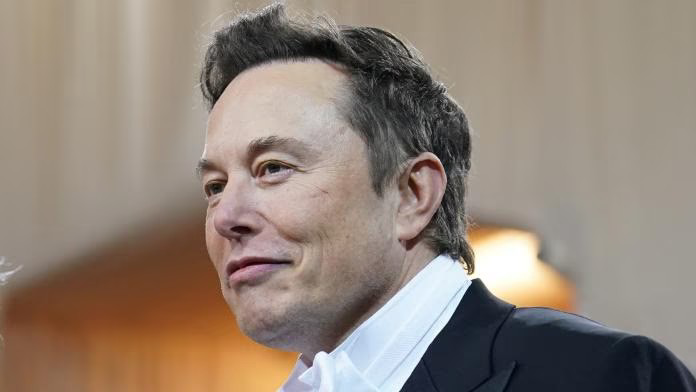 Elon Musk will serve as temporary Twitter CEO after he completes his $44billion takeover of the social media giant, reports say.

The tech tycoon will hold the role for a few months following the buyout, CNBC reported on Thursday morning.

The move could spark chaos at the social media giant, where Parag Agrawal has only been CEO for a few months.

It comes after it was revealed the world’s richest man has 18 investors committed to collectively stump up more than $7billion worth of equity to help fund his takeover.

In a filing on Thursday, Musk said his friend the Oracle Corp co-founder Larry Ellison’s trust will invest $1billion towards the $44 billion buyout.

Musk said he had also received equity commitment letters from investors including Sequoia Capital ($800m) and Brookfield ($250m) for financing of $7.14 billion.

The royal made the move ‘in order to retain an equity investment in Twitter following completion of the Merger’.

Alwaleed had initially opposed the buyout but tweet Musk today referring to his ‘new friend’ who will be an ‘excellent leader’ at the social media giant.

Meanwhile Musk’s margin loan was reduced to $6.25 billion from $12.5 billion, the filing revealed.

The billionaire will continue to hold talks with existing holders of Twitter – including former chief Jack Dorsey – to contribute shares to the proposed acquisition.

It was reported last week he was in talks with large investment firms and high net-worth individuals about taking on more financing for his Twitter acquisition and tying up less of his wealth in the deal.

The tech tycoon has agreed to purchase Twitter for $54.20 per share, a 38 percent premium over the closing price on April 1 which was the last trading day before he disclosed his approximately 9 percent stake in the platform.

Prince Alwaleed, who initially tried to block Musk’s Twitter buyout, took to the platform Thursday to give a strong endorsement for the Tesla CEO.

‘Great to connect with you my ‘new’ friend @elonmusk,’ he wrote. ‘I believe you will be an excellent leader for @Twitter to propel & maximise its great potential.

‘@Kingdom_KHC & I look forward to roll our ~$1.9bn in the ‘new’ @Twitter and join you on this exciting journey.’

The Saudi Arabian royal, who is a major shareholder in the tech giant, rejected the SpaceX founder’s $41billion offer to purchase the platform in mid-April, alleging the amount was not ‘close to the intrinsic value of Twitter given its growth prospects.’

‘Being one of the largest & long-term shareholders of Twitter, @Kingdom_KHC & I reject this offer,’ he tweeted on April 14. KHC is the holding company bin Talal operates.

He also shared a grab of a tweet from 2015, in which he said Kingdom KHC had upped its stake in Twitter to 5.7 percent. It is unclear how much of the firm owns.

Musk hit back, saying: ‘Interesting. Just two questions, if I may. How much of Twitter does the Kingdom own, directly & indirectly? What are the Kingdom’s views on journalistic freedom of speech?

The billionaire’s tweet seemingly went unanswered until Thursday when the prince revealed his excitement to work with Musk.