Elon Musk Builds a Machine to Download Our Brain and Personalities 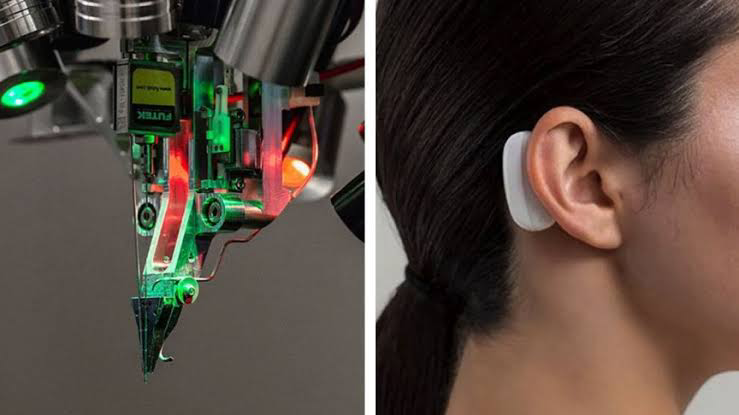 Tesla CEO announced he will be able to start large commercialization of a humanoid robot in 2023.It’s a bit of fiction meeting reality. Elon Musk has ambitions for the future of humanity.

And the whimsical and visionary CEO of Tesla  (TSLA) – Get Tesla Inc Report seems in a hurry to realize this vision.

What he has in the boxes is likely to raise the hair of more than one of his detractors. Above all, it risks raising ethical questions. The billionaire says it will soon be possible to upload your brain abilities into humanoid robots.

“Could you imagine that one day we would be able to download our human brain capacity into an Optimus?”, Mathias Döpfner, the CEO of Business Insider’s parent company, Axel Springer, asked Musk in a recent interview.

Optimus is a robot Tesla introduced in 2021.

“I think it is possible,” Musk responded.

“Which would be a different way of eternal life, because we would download our personalities into a bot,” Döpfner continued.

Musk agreed, and then added:

“Yes, we could download the things that we believe make ourselves so unique. Now, of course, if you’re not in that body anymore, that is definitely going to be a difference, but as far as preserving our memories, our personality, I think we could do that.”

Will You Be Able to Transfer Your Brain Soon?

When asked if it’s imminent, Musk doesn’t say no.

“I’m not sure if there is a very sharp boundary. I think it is much smoother,” he developed. “There is already so much compute that we outsource. Our memories are stored in our phones and computers with pictures and video. Computers and phones amplify our ability to communicate, enabling us to do things that would have been considered magical.”

The first Tesla robot, namely “Tesla Bot”, was introduced in August 2021. It was 5 feet and 8 inches tall and also weighed 125 pounds. In January, Musk called it “the most important product development we’re doing this year.”

Musk indicated in January, during the fourth quarter earnings’ call, that the next big product Tesla is working on in 2022 is Optimus, a human in a robot suit the company unveiled in August 2021. The Tesla Bot, as it was dubbed, would use the same artificial-intelligence systems that helped power Tesla vehicles, Musk said.

In the interview, Musk ensured that the humanoid robots are almost there.

“I certainly don’t want to have anything that could potentially be harmful to humanity. But humanoid robots are happening,” he said. “The rate of advancement of AI is very rapid.”

Besides their use in Tesla factories where they will perform repetitive tasks, Musk sees other uses for these robots.

“Optimus is a general purpose, sort of worker-droid. The initial role must be in work that is repetitive, boring, or dangerous. Basically, work that people don’t want to do,” the billionaire explained.

He also believes that Optimus will play a role in our daily lives: Optimus is “a general focused humanoid.”

A prototype Optimus will be ready by the end of the year and Tesla plans to market it from 2023, says Musk.

“I think we will have something pretty good at the prototype level this year, and it might be ready for at least a moderate volume production towards the end of next year,” Musk promised.

However, Musk admitted in 2018, too much automation is a “mistake”.

“Yes, excessive automation at Tesla was a mistake. To be precise, my mistake. Humans are underrated,” he wrote