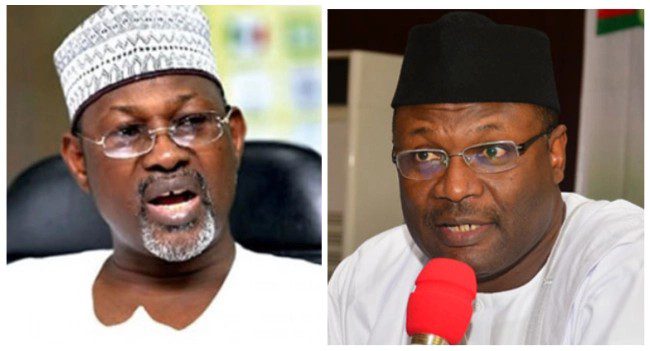 Former Chairman of the Independent National Electoral Commission (INEC), Prof Attahiru Jega has urged the electoral umpire to resist pressure by politicians who oppose to the deployment of the Bimodal Voter Registration System (BVAS) for the 2023 elections.

Jega, who spoke on Channels Television’s Politics Today on Wednesday, said the desperation of politicians grows as the country gets closer to an election season.

“I think what is most important is the capacity of the election management body to resist that pressure and having recognised that using technology will add more value to the election, they should just remain focused,” said the former Vice-Chancellor of Bayero University, Kano.

He urged INEC “not allow the parties to stop them from using the BVAS or the electronic transmission of results since they now have a legal backing”.

There have been reports of late that politicians who are against BVAS attempt to use the court of law to stop INEC from deploying BVAS in next year’s elections but the electoral body has consistently restated its commitment and determination to deploy the system for the 2023 general elections.

BVAS is stipulated in the Electoral Act of 2022 and it is a technological system which allows for accreditation of voters through biometrics capturing, uploading of results amongst others.

It has been described by many as an upgrade of the smartcard reader used in the last general elections which achieved some results in the country’s electoral process.

On Wednesday, Opposition political parties in Nigeria under the aegis of the Coalition of United Political Parties (CUPP), amongst other claims, said there are alleged plots to stop the electronic transmission of the 2023 election results and deactivate the BVAS from the server of INEC.

Commenting on CUPP’s claims, Jega said, “While I am not lending any credibility to what has been alleged, frankly from my own experience, we saw how close to the election, some politician became afraid that using the card reader was going to stop rigging the election using their own methods, so they came out and at a point even started demanding publicly for me to either resign or go on what they called terminal leave so that I didn’t have to supervise the conduct of the 2015 general elections.”

“Certainly, in terms of the nomination both by the President and the screening by the Senate, it very important to ensure that those who are screened are actually non-partisan.”

PREVIOUS POST FG has no business in oil and gas.NNPC may bring Nigeria to its knees by declaring profit without dividend – El-Rufai
NEXT POST 2023 budget submitted by Buhari is illegal – Sowore