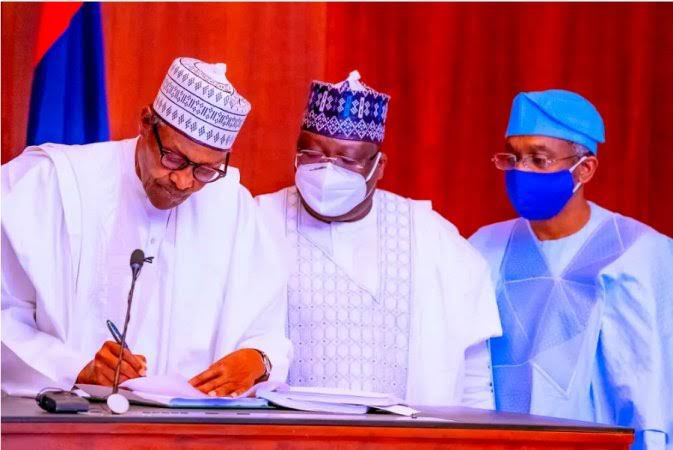 President Muhammadu Buhari has told a Federal High Court in Abuja that he did not order the Senate to remove the contentious Section 84 (12) from the amended Electoral Act, 2022.

His position was contained in a counter-affidavit filed at the Federal High Court in the nation’s capital at the instance of the Attorney-General of the Federation (AGF) and Minister of Justice, Abubakar Malami.

In their joint counter-affidavit, President Buhari and Malami – a Senior Advocate of Nigeria (SAN), debunked the claims by the main opposition party in the suit.

The AGF explained that the President, on February 25, 2022, gave proper, full, and unconditional assent to the amended Electoral Act.

The defendants averred that the claims of PDP in its suit against them on the Electoral Act were totally false and replete with gross untruths aimed at misleading the court to give judgment against them.

Besides, they claim that a Federal High Court in Abia State had in March struck down the section and ordered that it should be deleted forthwith for being inconsistent with the Constitution.

Both defendants said that the National Assembly and PDP have since appealed the judgment, adding that it was only the Court of Appeal that could restore the section into the Electoral Act and not a high court.

Insisting that the PDP suit has become academic and constituted an abuse of the court process on the strength of the pending Court of Appeal matter, the President and the AGF asked the court to dismiss the suit