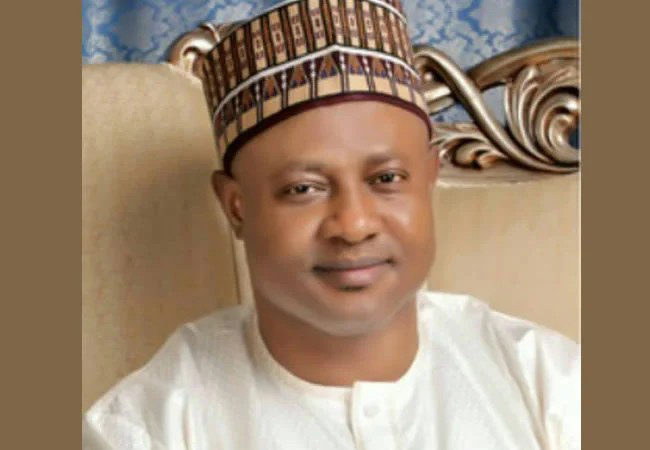 Senator Uba Sani, representing Kaduna Central Senatorial District at the National Assembly on Tuesday, declared his intention to run for the 2023 governorship on the platform of the All Progressives Congress.

Declaring at the state Secretariat along the Ali Akilu road in the state capital, Uba said he was out to consolidate the legacy of his boss and governor of the state, Malam Nasir El-Rufai.

While stressing the need to sustain the legacy of the incumbent governor, Uba insisted that the “high standards he (el-Rufai) has set are both a source of pride and a challenge to his associates and loyalists.”

The lawmaker also made an on-the-spot donation of 59 cars in appreciation of the work of the State APC executives and local government chairmen, noting that “I donate 59 cars to them to help facilitate their work and motivate them to prepare for the 2023 electoral battle.”

The event was attended by party bigwigs including the state chairman, deputy chairman, secretary, and other members of the State Executive Committee.

Sani noted that under El Rufa’i, the state has undergone a major revolution, adding that the huge challenge before the state is how to sustain and build on the governor’s legacy of outstanding public service and impact.

“The State has been totally reworked; and this is evidenced in the remarkable milestones the State has recorded in policies, infrastructure, health, education, water resources, agriculture, agribusiness, to list but a few. It is truly new dawn in Kaduna State,” he said.

“This is because a reversal of these gains in the post-2023 era will be a huge tragedy. Our people have witnessed selfless and impactful leadership and cannot settle for anything less,” he explained.

Against this background, Senator Sani while offering himself as a successor to Elrufai, said he stepped forward to carry the banner of continuity after understudying the incumbent governor.

According to the lawmaker, I have worked very closely with El Rufa’i for over 20 years – spanning his days at the Bureau of Public Enterprise, the period he served as the Minister of the Federal Capital Territory

“And when President Olusegun Obasanjo appointed me Senior Special Assistant on Public Affairs, I benefitted immensely from wise counsels from El Rufa’i, who was at the time, a key and highly respected member of the Obasanjo administration.

Uba, who’s the Chairman, Senate Committee on Banking, Insurance and other Financial Institutions, said from his vantage position, he had in the last seven years, seen Elrufai doggedly and sacrificially pilot the affairs of Kaduna.

“Watching, listening, and learning from him, I now have a deeper understanding of what it takes to be a transformational leader,” he said,

“And like the popular saying goes, you can not coach football if you were not a footballer yourself. It is only fair and natural that we have someone who understands the El – Rufai philosophy; one who has carefully understudied him; a person who has been in the trenches with him, to continue from where he will stop on May 29, 2023.

“It is on this score, Mr. Chairman, that I, Senator Uba Sani, is formally declaring today, my intention to seek to contest the gubernatorial primaries of our great party, the APC and indeed the main election in 2023 to succeed my leader and mentor, Mallam Nasir el Rufa’i as the next Governor of Kaduna State.

“I make this bid and declaration with the greatest sense of responsibility, intense love for this great state and our wonderful people, and of course with the fear of Almighty Allah,” he said