El-Rufai: How Buhari Refused To Tell Kaduna Delegates Who To Vote At APC Pres. Primary 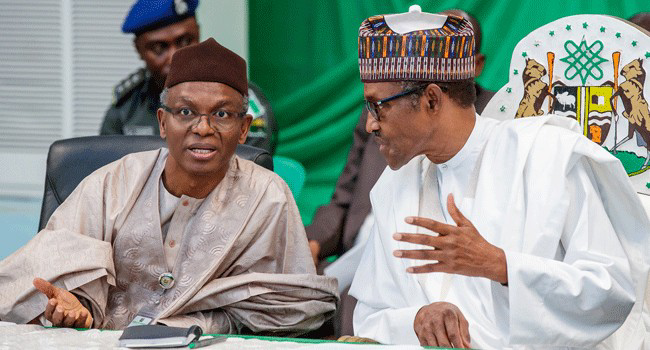 Kaduna State Governor, Nasir El-Rufai, has related how President Muhammadu Buhari refused to dictate how delegates from his state should vote at the All Progressives Congress’ presidential primaries.

The President had earlier said he had no annointed candidate in an election which was eventually won by Bola Ahmed Tinubu.

“In many of our states, the delegate votes were divided,” El-Rufai said.

“Before I went to address the Kaduna delegates for the last time, I went to the President and I asked him, have you decided on who we should vote for? He said, I told you, go and vote for any of the five (candidates selected by APC Governors)

“I said, Mr President, the Kaduna delegates are your delegates, you are going to retire and live in Kaduna. So you can tell me who you want out of the five, and the President said ‘I want all five’.

“I said, what then should I tell Kaduna delegates. He said, tell them to vote their conscience; they are representing 10 million people in Kaduna state. It’s a heavy responsibility, and they should discharge it and pick the best candidate.

“Now I don’t know how the Kaduna delegates voted, but the feedback I got after the voting is that most of them voted for Asiwaju, some voted for Amaechi and some voted for Professor Yemi Osinbajo.”