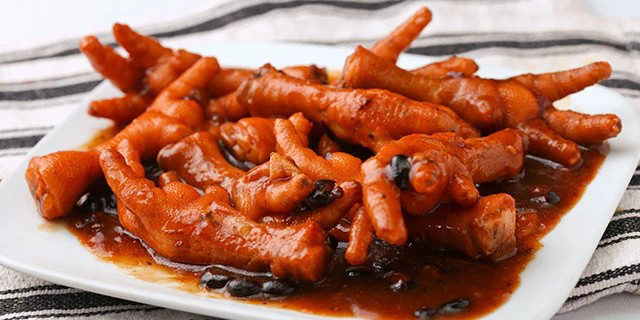 Egypt is currently facing an unprecedented economic crisis that is affecting the daily lives of its citizens. In the latest development, the soaring cost of food has prompted the nation’s National Institution for Nutrition to call on people to switch to eating chicken feet, which are seen as the cheapest of meat items. This move has led to many Egyptians becoming furious with the government, as they feel that asking citizens to resort to foods that are symbols of extreme poverty in the country is unacceptable

According to reports, the North African country is facing a record currency crisis and the worst inflation in five years, leaving many Egyptians unable to afford chicken, a dietary staple. Poultry prices have risen from 30 Egyptian pounds (then $1.9) per kilogram in 2021 to as much as 70 Egyptian pounds ($2.36), CNN reported.

Egypt’s economy took a significant blow in the past two years when the effects of the Covid-19 pandemic and the Ukraine war squeezed its foreign currency reserves, and rising fuel prices pushed inflation up. According to Reuters, the pandemic saw investors pull $20 billion from Egypt in 2020, and the economic fallout from the Ukraine war led to a similar amount leaving the country last year.

Before COVID, Egypt had gone through a number of financial crises that forced its government to seek bailouts from creditors like the International Monetary Fund (IMF) and Gulf Arab allies. In its latest bailout agreed in December, the IMF loaned $3 billion to Egypt, which it hopes will catalyse an additional $14 billion in support from Egypt’s international and regional partners, including oil-rich Gulf nations.

The loan was conditioned on Egypt implementing a number of structural reforms, along with introducing a flexible exchange rate – which would allow the value of the currency to be determined by the market instead of the central bank.

According to the IMF, some of the factors contributing to Egypt’s failing economy include the military’s outsized role, which analysts say weakens the private sector, as well as the allocation of great sums to mega projects like Africa’s tallest tower and a new capital city in the desert which houses a defence ministry that authorities boast is bigger than the Pentagon. In the meantime, Egyptians continue to struggle to make ends meet, and the future remains uncertain.