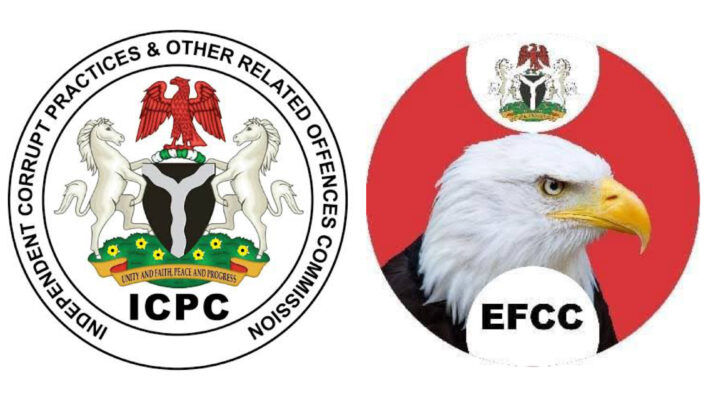 The Economic and Financial Crimes Commission (EFCC) and Independent Corrupt Practices and Other Related Offences Commission (ICPC) will be working together to curb vote-buying in Saturday’s Ekiti governorship election.

Chairman of the Independent National Electoral Commission (INEC), Mahmood Yakubu, who disclosed this on Tuesday in Ekiti, said both anti-corruption bodies will be collaborating with the electoral body.

Mr Yakubu added that sensitive materials for the governorship election have arrived in the state, adding that the materials, kept at the commission’s head office in the state, are expected to be checked by political parties participating in the exercise.

“We are not unaware that vote-buying is a destroyer of the electoral process.

“To show how determined we are to stop this menace, we have changed the configuration of the ballot boxes and cubicles in all polling units to prevent vote-buying.

“We are also partnering the operatives of ICPC and EFCC to deploy their men and deal with vote buyers and sellers according to the law,” the INEC chief said.

He added that all was set for a free, credible, and acceptable election, noting that “the task of electing a new governor will be left in the hands of Ekiti voters.”

The INEC chief promised that the electoral body “won’t take any action that would put any party and candidate in a vantage position. We are going to do everything according to the constitution and provisions of the Electoral Act.”

He assured that the Bimodal Voters Authentication System Machines (BVAS) would also be used for accreditation of the electorates, and that the results of the election would be transmitted electronically through the INEC result portal.

He called on political parties to register, promising that they would “have an idea of the election results even before the official announcement because we will upload in record time.”

16 political parties, which had fielded candidates, would be participating in the exercise.

Peoples Gazette learned that a total of 749,065 voters, representing 76 per cent of the 988,923 registered voters in the state, have collected their permanent voter cards