Education Minister, Nwajiuba resigned on April 28; Buhari singles him out for recommendation 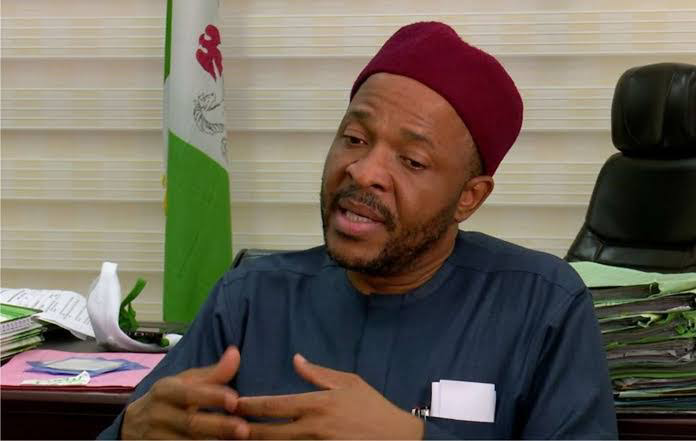 The Minister of State for Education, Emeka Nwajiuba, tendered his resignation even before President Muhammadu Buhari ordered all cabinet members interested in contesting the 2023 elections to quit his government.

In fact, findings show that Nwajiuba, who President Muhammadu Buhari commended for taking the initiative to resign before his executive directive to ministers and political appointees, actually resigned on April 28.

Obviously to avoid litigations that might negatively impact on the chances of All Progressives Congress’ APC, candidates, Buhari had directed all members of the Federal Executive Council (FEC) interested in elective offices to resign on or before Monday, May 16.

He gave the directive at today, Wednesday’s FEC meeting, where he singled out Nwajiuba for commendation, adding, “I expect other members of this council seeking to be President to resign with immediate effect.”

The implication of this presidential directive is that the ministers and political appointees, who did not resign before now, may not be cleared by the APC screening committee as they have failed to comply with the Article 3(L) of the party’s guidelines which directs that all political appointees with political ambition resign their offices 30 days to the party primaries and national convention.

Confirming this development Mr. Paul Odili, Special Assistant to the former Minister of Education Nwajiuba, said: “That the Honourable Minister, on accepting the nomination form on the 27th of April bought for him by his supporters led by an umbrella group, Project Nigeria

“Wrote the President on the 28th informing him that having accepted the nomination by his supporters to contest the office of the presidency on the party’s platform, that he would like to disengage from office to enable him concentrate on his campaign and to avoid any conflict of interest.

“I can tell you Mr. President immediately accepted his letter of resignation.”

So far it appears that Mr. Nwajiuba is the only Buhari appointee to have met that requirement set by the party.

It remains to be seen how the party’s screening committee will handle the issue.