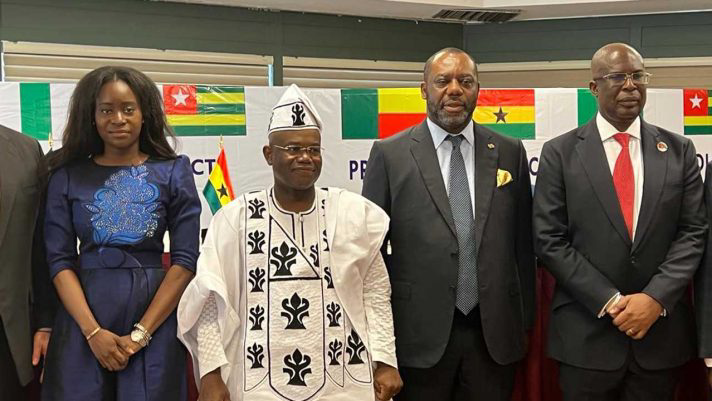 West African leaders in the oil and gas sector say they are optimistic that member states will benefit from the West Africa Gas Pipeline (WAGP) project.

Chafari Kanya Hanawa, director-general of WAGP during a meeting of the Committee of Ministers on WAGP in Abuja on Tuesday, said efforts were ongoing to secure a friendlier regulatory environment for players in the WAGP value chain to promote adequate flow of gas and fast-track positive economic growth in member states.

“This is important because adequate flow of gas to end-users through the WAGP will fast-track positive growth of the power sector of the countries, accelerate industrialisation, generate employment, increase revenue for the state parties and increase infrastructural development for our people.

“These advantages to our state parties are positive economic benefits that the WAGPA must not fail to play its role to achieve under my leadership as the DG of WAGPA, by the grace of God,” she said.

Speaking further, Hanawa said with the number of competing alternatives, including the contemporary preference for renewable energy, WAGP authority will promote possible competitive tariffs to make the use of gas cost-effective and competitive which will ultimately ensure continuous growth and possible expansion of the project.

“Given the history of supply challenges on the WAGP in the past, these constitute remarkable progress, demonstrating how gas supply prospects on the WAGP have evolved and reflected how hard we have all worked to overcome previous vulnerabilities,” she said.

Also, Timipre Sylva, Nigeria’s minister of state for petroleum resources described WAGP as a visionary project that originated from the ECOWAS Energy Policy and aimed at fostering economic development and promotion of integration among ECOWAS states through cross-border natural gas transportation.

According to him, the project will further position the region to meet the global gas demand considering the changing socio-political landscape occasioned by the Russian-Ukrainian war that has put pressure on global gas demands across Europe.

“This meeting is coming at a very critical time especially the changing socio-political landscape occasioned by the Russian-Ukrainian war that has put pressure on global gas demands across Europe.

He, however, stated that effective collaboration among member states was required to achieve set targets, which are to deepen gas supplies and utilization within the ECOWAS sub-region.

“This is a must-do for us all if member countries hope to develop and industrialise. We must count ourselves lucky that today, the global community has classified gas as part of renewable energy and since we cannot but join the global energy transition train, we must hurry to explore and exploit the abundant natural gas deposits within the borders of our respective countries,” he said.

Matthew Prempeh, chairman of the WAGP Committee of Ministers said the project as a regional asset has been a significant contributor to the stability of power supply in beneficiary countries over the last few years.

He said has become imperative to extend the pipeline further along the West African coast up to Morocco to supply natural gas to the countries along the pipeline route, as well as those inland.

“It is for this reason that all efforts must be made to enhance the operational efficiency of the pipeline and strengthen the regulatory authority to perform its role, most importantly, within the anticipated context of multiplicity of shippers on the pipeline which would increase the complexity of regulation.

He disclosed that Ghana’s continued commitment towards the WAGP project was demonstrated in the funding of the Takoradi to Tema Interconnection Proj ect (TTIP), which was fully paid for by the government of Ghana at the cost of approximately $200 million.

“The Ghana Government is further considering the integration of the WAGP to other gas supply sources, currently under development to ensure the energy security of the country.

“The afore-mentioned contribution and future aspirations indicate that a properly functioning WAGP system is crucial for the gas supply mix of Ghana and the government of Ghana will continue to be relentless in protecting this asset,” he said.