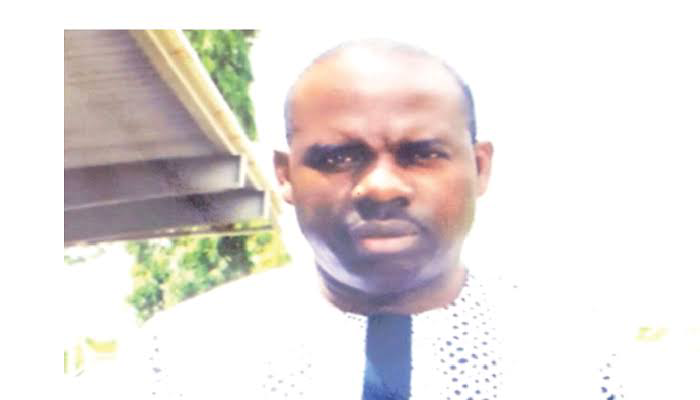 The Community Court of Justice of the Economic Community of West African States has found the Federal Government liable for the death of a businessman, Desmond Nunugwo, in the custody of the Economic and Financial Crimes Commission in April 2016.

The court, therefore, directed the FG to pay N20m compensation to the deceased’s family.

The 29-page judgment made available to PUNCH Metro on Tuesday was handed down by Justice Edward Asante, who presided over the case and was assisted by Justices Dupe Atoki and Januaria Costa, on March 21, 2022.

By a 2005 ECOWAS Supplemental Protocol, the CCJ has jurisdiction to hear human rights cases and disputes between individuals and their own member states.

Nunugwo was taken into custody by EFCC operatives in Abuja on April 16, 2016, on allegations of defrauding a complainant of N91m.

Barely 24 hours later, he was said to have taken ill and rushed to a hospital, where he died.

The deceased’s family had accused the anti-graft agency then headed by Ibrahim Magu, a retired Assistant Inspector-General of Police, of killing Nunugwo, who was reportedly healthy before his arrest.

But the commission failed to respond to the allegations, prompting the deceased’s siblings, Rose Breivigel and Elizabeth Baumerich, to file an action against the EFCC in March 2019.

Based on the reports of extra-judicial killings in the country, the applicants claimed their brother, who was survived by a wife and four children, was tortured to death.

The case was filed by their lawyers, Oludayo Fagbemi and Holger Hermbach, while Maimuna Shiru represented the FG.

Before filing the suit, the ECOWAS court noted that the applicants reported the death of their brother to the authorities, which failed to investigate the incident.

Moreover, they also lodged a complaint with the African Commission on Human and People’s Rights in February 2017.

Justice Asante noted that in April 2018, an autopsy was carried out without the knowledge of Nunugwo’s family, adding that the result cited hypertension as the cause of death, but provided no additional explanation.

He declared that Nunugwo’s right to life under Article 4 of the African Charter was violated and that the respondent (FG) also breached its duty to investigate this under the same charter.

Asante said, “The court sitting in public after hearing both parties dismissed the allegation of violation of Mr Nunugwo’s right to freedom from torture under Article 5 of the African Charter; dismisses the allegation of the applicant’s right to presumption of innocence under Article 7 of the Charter was violated by the respondent and orders the respondent to pay the lump sum of N20m to the family of Mr Nunugwo as compensation for all the prejudice and damages suffered as a result of his death in violation of Article 4 of the African Charter.”

The EFCC spokesman, Wilson Uwujaren, had yet to react to the judgment as of the time of filing this report as he did not respond to a request for comment.

But speaking on the development, a rights activist, Olaseni Shalom, said the authorities must follow due process in all their actions, noting that the constitution did not permit torture of suspects.

“The judgment is a victory for justice. I am not encouraging fraud; but whatever we are doing as a country, we must follow due process. We have seen cases where due process was ignored while seeking justice, but that is not justice at all. It is a wake-up call for our law enforcement agencies to always respect human rights,” said Shalom, who is the Executive Director, United Global Resolve for Peace.