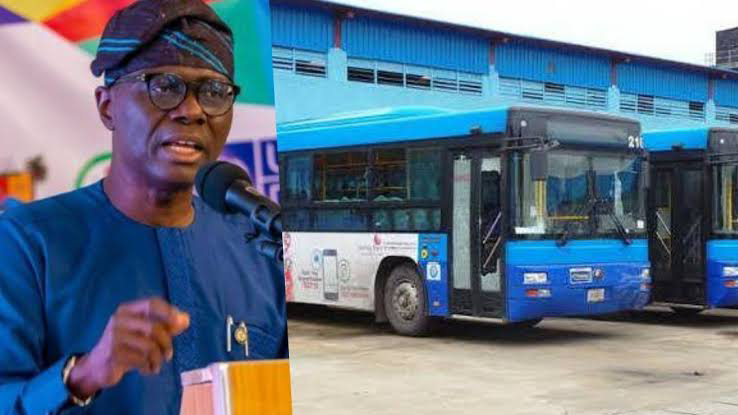 Some Bus Rapid Transit (BRT) passengers along the Ikeja/Oshodi corridor have appealed to the Lagos State Government to boost security on the buses, for improved safety of commuters.

Some BRT passengers, who spoke to the News Agency of Nigeria (NAN) on Sunday appealed to government to deploy technology to make operations better and safer for commuters, to avert a repeat of the “Bamise saga”.

A trader in Computer Village, who simply identified himself as Okwudili said the BRT was the hope of business people, who had to catch up early with business appointments.

Okwudili who spoke to NAN at the Mangoro bus corridor said it was impressive that the BRT fleet was increasing, adding that government should improve and digitalise operations for efficiency and safety.

“Government has banned Okada on highways, BRT is the fastest means we have especially business people.

“If you go to some countries abroad, they don’t have traffic jams because the government provided these big high capacity buses everywhere.

“The death of Bamise should make all transportation stakeholders have a roundtable discussion on how to make BRT safer.

“Transportation is big business internationally, I believe that Gov. Sanwo-Olu can do it,” he said.

A 300 level student of the University of Lagos, Miss Peju Pedro, said “it is scarier taking BRT at night now because I will be afraid of rape or death. Government should make them safer”.

Pedro who spoke to NAN at the BRT Terminal opposite ShopRite Superstores in Alausa appealed to the government to seek private-sector help in regulating BRT operations effectively.

Another student of Agidingbi Junior High School, Master Joseph Kushima, told NAN that the bus was assisting to carry students to school for free.

“We like BRT, they should not stop it, if there is security no driver can kill anybody,” he said.

Her corpse was found on Carter Bridge in Lagos Island days later, leading to the arrest of Nice by officials of the Department of State Security Services in Ogun state, after he fled Lagos.

Afraid of public outrage that may lead to destruction or attacks on the fleet, the state government suspended the operations of BRT for two days, leading to an outcry by commuters, who were stranded at various bus stops forcing the government to restore the fleet.