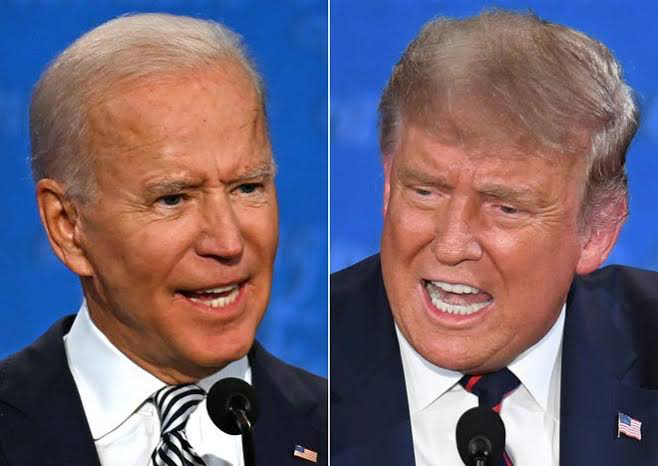 Donald Trump lambasted Joe Biden for “stupidity and incompetence” in the minutes after explosions were heard in Ukraine.

Speaking moments after the first reports of a Russian bombardment of Kyiv and other cities, the former president said it would never have happened if he had been in office.

Mr Trump told Fox News: “I knew he [Putin] wasn’t going to be satisfied with a piece [of Ukraine] and now he sees the weakness, incompetence and the stupidity of this administration.

“As an American I’m angry about it and saddened by it. The whole thing should never have happened, and it would never have never happened during my administration.”

He said: “I think he wanted to do something and negotiate and it just got worse.

“Then he saw the weakness, it really started I think with the weakness in Afghanistan. I think that’s when he started thinking he could do this

After Mr Biden issued a statement saying he would be “monitoring” events in Ukraine in the late US evening, Mr Trump said: “I don’t think he [Mr Biden] is monitoring. He’s probably sleeping.”

The former president also accused Mr Biden and Barack Obama of driving Russia and China together.

“As a young man growing up I heard the worst thing you could do is drive those two countries together,” he said.

“I kept them apart. Now, it’s a great lovefest and it’s a bad thing.”

The comments came a day after Mr Trump referred to Mr Putin as a “tough cookie” and called his tactics “genius”.