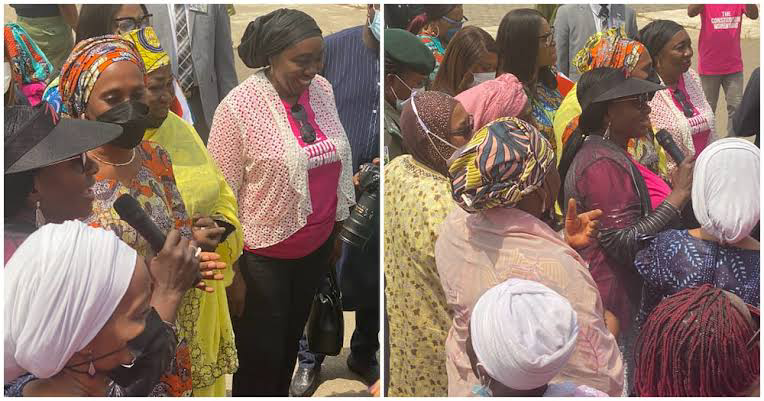 Wife of the Vice President Dolapo Osinbajo is currently attending plenary as the House of Representatives commences the Constitution Amendment.

Dolapo may be following the steps of Aisha Buhari, the first lady who was last Wednesday in both the Senate and House Chambers to observe the laying of Reports of the amendments.

The lawmakers had screamed “no” when a motion to admit Mrs Osinbajo into the chamber to witness proceedings was raised.

Subsequently, the matter was put to vote and the Speaker, Femi Gbajabiamila, ruled to allow her into the chamber.

Members will be voting electronically on each of the amendments and the number of votes will be counted to determine the approval or otherwise of a particular amendment.