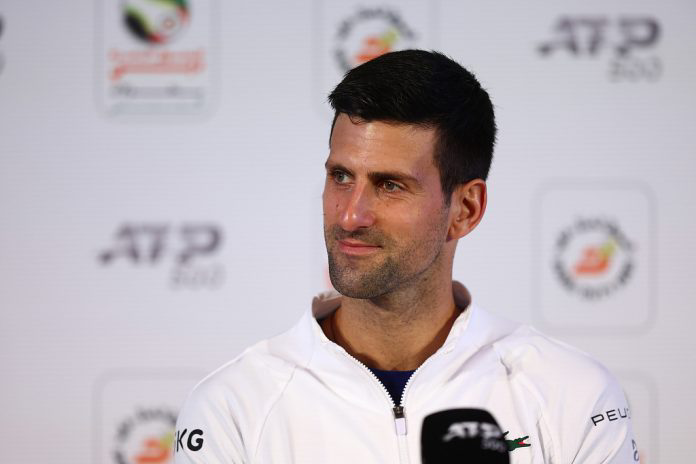 Unvaccinated players, including Novak Djokovic, will be free to play at this year’s French Open “as it stands”, the French Tennis Federation (FFT) said on Wednesday.

Djokovic, who will reclaim his world number one ranking next week, was forced to miss the Australian Open when he was deported from the country following a legal battle over his lack of COVID-19 vaccinations.

There was doubt over his participation at Roland Garros, but with France’s vaccine pass and other COVID-19 rules dropped this week, tournament director Amelie Mauresmo says he is free to take part.

“As things stand, nothing stands in the way of Djokovic taking part in the French Open,” she told a press conference. “Our goal is to have the best possible entry list.”

Djokovic has been clear in his refusal to have a COVID-19 vaccine and the 20-time Grand Slam champion was also forced to sit out the ongoing Indian Wells tournament in the United States.

Roland Garros organisers were also keen to stress that the situation could change.

“We have learned to be extremely careful,” said FFT director-general Amelie Oudea-Castera.

“We see that from month to month things can change. In a difficult scenario, there will always be a way to reintroduce the health bubbles.”

Djokovic missed out on a tilt at a record-breaking 21st men’s Grand Slam title in Australia, where his rival Rafael Nadal took the trophy and the record