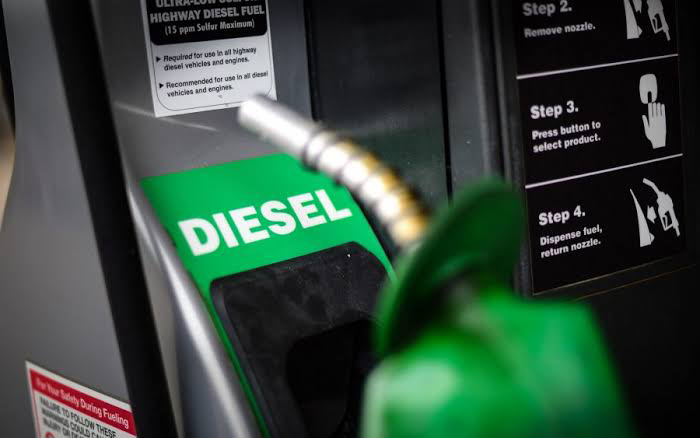 This was disclosed by Mr Segun Ajayi-Kadir, Director-General, MAN, in an exclusive interview with the News Agency of Nigeria (NAN) in Lagos on Thursday.

According to the group, the development could further deplete the purchasing power on Nigerians, tasking the Federal Government to reduce the pressure on the manufacturers and entire population.

The association hinted that feedback from its members indicated that production capacity utilisation was going down due to the unsustainable cost of running daily production on diesel, citing that the price  of diesel has risen above N700 due to higher crude prices, which they say will negatively affect manufacturers and their consumers.

He said, “Knowing that diesel has been deregulated removes the question for a buffer to the cost. The law of demand and supply is at play here and since we have historically lacked local refining capability, we are left at the mercy of the vagaries of international price and the geopolitics of it.

“As long as the price of crude oil continues to go up, price of AGO will equally skyrocket. It is now said to be selling at N750 per litre, up from about N300 per litre two months ago.”

Arguing that it’s members largely rely on diesel to run their factories due to unreliable nature of the grid power supply, this contend with huge cost to sustain their production line. “The direct implication of this trend is that Nigerians will feel the heat, as it is reflective through the high cost of goods in the market owing to the high cost of production.”

MAN revealed its members spend N100 billion annually on alternative energy sources, which makes up to 40% of operating costs

MAN added that with  the average Nigerian’s disposable income gettingdepleted, it can only expect that the resulting higher prices of goods will further constrain purchases and aggravate the poverty level.

“The solution is rather complex since we are dealing with a deregulated industry as I earlier mentioned. In the short term, we can only look at how to get more favourable prices from the marketers; seek to remove other costs that are in the country such as Value Added Tax on AGO. We will also work with government to reduce the pressure in other pain points for the manufacturers.”

They also urged the FG  to make electricity available to manufacturers, urging that FG should deliberately prioritise supply to the sector in view of the multiplier effect it has on the economy and government revenue, through implementation of an “eligible customer scheme should be allowed to work without any hindrance, including the requirement of no-objection from the electricity distribution companies.”

PREVIOUS POST Grey hair not only for aged, but as genetic deficiencies
NEXT POST World’s Longest Suspension Bridge Inaugurated In Turkey