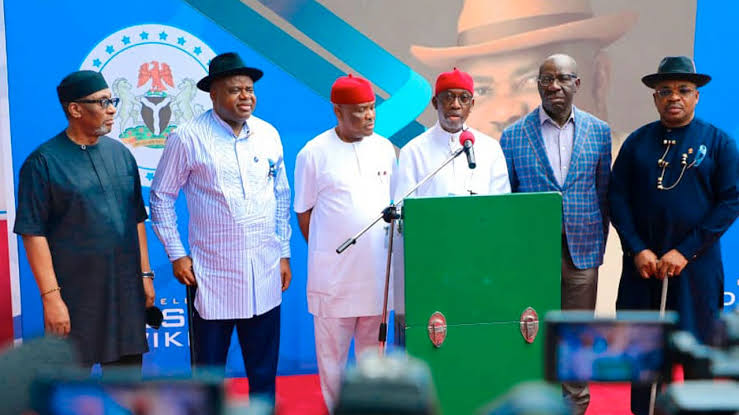 Socio-Economic Rights and Accountability Project (SERAP) has filed a lawsuit against the oil producing states in Nigeria over “their failure to account for the spending of the oil derivation refunds of N625bn recently paid to them by the Federal Government, (FG) including details and locations of projects executed with the money.”

This is contained in a press statement signed Sunday by the organisation’s Deputy Director, Kolawole Oluwadare

In the suit number FHC/ABJ/CS/2371/2022 filed last Friday at the Federal High Court, Abuja, SERAP is asking the court to “direct and compel the governors to disclose and widely publish the details of spending of the oil derivation refunds, subsidy, and SURE-P refunds.”

SERAP is also asking the court to “compel President Muhammadu Buhari to direct anti-corruption agencies to thoroughly investigate the spending of the public funds collected by the governors, and where appropriate, ensure the prosecution of suspected perpetrators of corruption, and the recovery of proceeds of corruption.”

In the suit, SERAP is arguing that, “The Nigerian Constitution 1999 [as amended], the Freedom of Information Act, and the African Charter on Human and Peoples’ Rights impose transparency obligations on the governors to disclose the spending of the oil derivation refunds, subsidy, and SURE-P refunds.”

SERAP is also arguing that, “State governors cannot hide under the excuse that the Freedom of Information Act is not applicable to their states. The governors also have clear legal obligations to provide the information, as prescribed by the provisions of the Nigerian Constitution and the African Charter on Human and Peoples’ Rights.”

According to SERAP, “It is in the public interest and the interest of justice to grant this application. Nigerians are entitled to their constitutionally and internationally recognized human right to information.”

SERAP is also arguing that, “The constitutional principle of democracy provides a foundation for Nigerians’ right to know details of spending of public funds. Citizens’ right to know promotes openness, transparency, and accountability that is in turn crucial for the country’s democratic order.”

SERAP is also arguing that, “The public interest in obtaining the information about expenditures relating to the refunds outweighs any other interests. The oversight afforded by public access to such details would serve as an important check on the activities of the governors, and help to prevent abuses of the public trust.”

The suit filed on behalf of SERAP by its lawyers Kolawole Oluwadare and Ms Valentina Adegoke, read in part: “The Nigerian Constitution, Freedom of Information Act, and the country’s international obligations rest on the principle that citizens should have access to information regarding their government’s activities.”

“The effective operation of representative democracy depends on the people being able to scrutinise, discuss and contribute to government decision making, including on the spending of the oil derivation refunds.”

“To do this, they need information to enable them to participate more effectively in the management of public funds by their state governments.”

“Publishing the details of the spending of the refunds would ensure that persons with public responsibilities are answerable to the people for the performance of their duties including the management of refunds.”

“The Freedom of Information Act, Section 39 of the Nigerian Constitution, article 9 of the African Charter on Human and Peoples’ Rights and article 19 of the International Covenant on Civil and Political Rights guarantee to everyone the right to information, including about how the oil derivation refunds are spent.

“By the combined reading of the provisions of the Constitution of Nigeria, the Freedom of Information Act 2011, and the African Charter on Human and Peoples’ Rights, applicable throughout Nigeria, there are transparency obligations imposed on the state governors to publish details of spending of the oil derivation refunds.”

Meanwhile, no date has been fixed for the hearing of the suit.