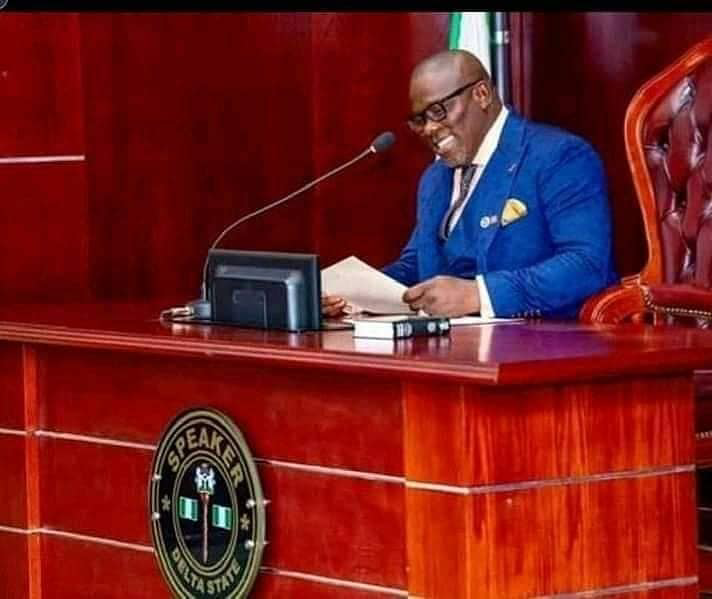 Speaker of the Delta State House of Assembly, Sheriff Oborevwori has emerged as the candidate of the Peoples Democratic Party (PDP) in the forthcoming 2023 general elections.

Oborevwori emerged as the winner on Wednesday after polling 590 out of 825 votes to beat former commissioner for finance, David Edevbie, who is the anointed candidate of former governor James Ibori with 113 votes to clinch the second position

Announcing the results, the returning officer, Ndubisi Nwobu, declared Oborevwori as the winner and candidate of the PDP in the forthcoming 2023 general elections.
Meanwhile, earlier, Edevbie and Otuaro, who had 9 votes, had staged a walkout from the election venue before the conclusion of the counting of votes and declaration of the winner.