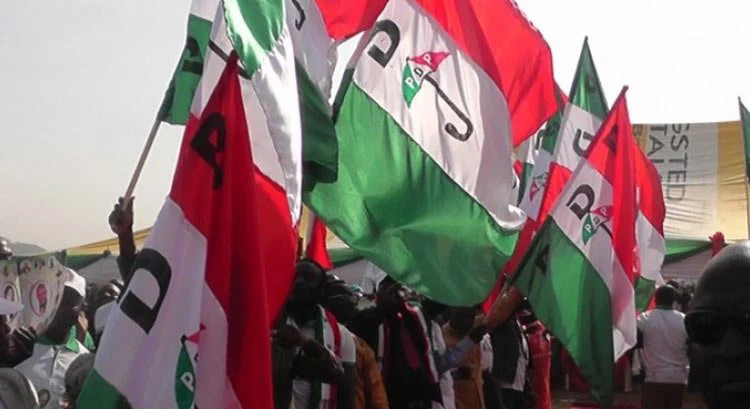 The Peoples Democratic Party on Saturday insisted that its party has a valid governorship candidate in Delta State for the 2023 governorship, adding that followed all due process to ensure its participation during next year’s election in the state.

The party clarified that contrary to speculations in a section of the social media, the PDP never disobeyed court orders regarding its governorship in the state.

The PDP National Publicity Secretary, Hon. Debo Ologunagba, made the clarification in a statement on Saturday titled, ‘2023: PDP has valid governorship candidate in Delta State’.

The statement read, “In line with the new Electoral Act, submission of names of candidates is no longer physical but by electronic transmission to the Independent National Electoral Commission (INEC). Under the electronic process, INEC grants access to its portal to political parties to electronically upload its candidates’ information/particulars; which access for governorship candidates closed on Friday, July 15, 2022.

“With reference to Delta State, our Party duly submitted and uploaded the name of Oborevwori Sheriff Francis Orohwedor as the Delta State Governorship candidate of the PDP onto INEC Portal on Friday, July 8, 2022.

“Subsequently, the PDP and INEC were served with Court of Appeal processes comprising; Notice of Appeal, Motion for Stay of Execution and Records of Appeal filed by the candidate whose name was initially uploaded by the Party onto the INEC Portal.

“It is instructive to state that under the INEC guideline, the last day for effecting any change of names of candidates for the 2023 general election is September 28, 2022.

“For emphasis, the PDP currently has a candidate for the 2023 Governorship election in Delta State. If there be any change drawing from the outcome of the judicial processes, such will be duly and appropriately reflected in compliance with the Order of Court. The PDP as a law-abiding Party has always and will continue to comply with Orders of Court in every matter and situation.

“Our Party therefore urges our members, teeming supporters and the people of Delta State to disregard the speculations and remain focused on the platform of the PDP in their determination to consolidate on the achievements of the Governor of Delta State and our Vice-Presidential Candidate, Sen. Dr. Ifeanyi Okowa.

“The PDP is fully prepared for the 2023 general elections in Delta State as well as across the nation and will emerge victorious at the polls.”