Dele Momodu Jobless, Wants To Use Me To Become Relevant – Wike 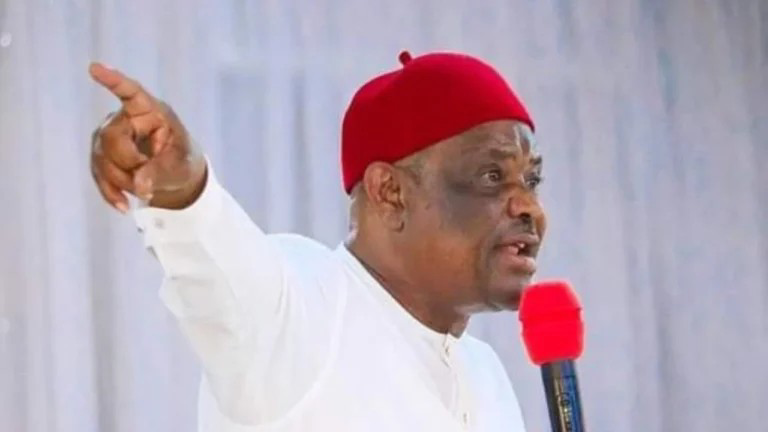 Momodu had warned Wike and his allies, consisting of four governors, not to cross the lines.

“People get angry, there is nothing wrong in that, they have every reason to be angry, but they should not cross certain lines” the Ovation Magazine publisher had said in a recent interview.

However, Governor Wike, while briefing journalists at his private residence in Rumiprikon, Obio/Akpor Local Government Area (LGA) wondered why Momodu who joined the PDP two weeks before the presidential primary and got no single vote at the convention could be making remarks about the party affairs.

He said Momodu’s aim for participating in the presidential primary is to get an appointment and he has been rewarded with the job of a spokesman to Atiku Abubakar, the PDP presidential candidate.

He also said contrary to his claim that he is from Ile-Ife in Osun State, Momodu is from Edo State.

Wike said, “I also read where some people say we shouldn’t cross the line. Ordinarily, I shouldn’t have responded to this. I read they say it’s one Dele Momodu. These are the things I’m talking about”.

Ask him, when did he come into PDP? He came into PDP two weeks before the presidential primary. He is from Edo state. Not one vote. Let’s say from his state, at least let’s vote for our son”.

“All of you know how many times Dele Momodu has been to Port Harcourt from one project commissioning to another. These are the things I tell you. I am not going to be a party for anybody to think he will use me to be relevant”.