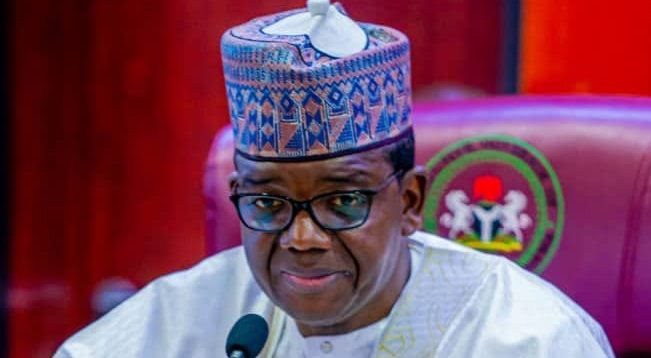 Justice Inyang Ekwo of the Federal High Court, Abuja, on Thursday, fixed April 8 for adoption of final written addresses in a suit filed by the Peoples Democratic Party (PDP) against the Zamfara State Governor, Bello Matawalle, and others.

The PDP had in the suit file last year asked the court to order the removal of the governor for defecting to All Progressives Congress (APC).

The party also asked the court to sack the senators, members of the House of Representatives and State House of Assembly who joined the governor in the ruling party.

At Thursday’s proceeding, the PDP counsel, Emmanuel Ukala (SAN), confirmed that all the processes had been filed and served on the defendants.

The governor’s counsel, Chief Mike Ozekhome (SAN), and 34 others, also spoke in the same vein.

The Independent National Electoral Commission (INEC) and APC are also listed as respondents in the suit.

The judge said the court was ready for definite hearing of all pending motions along with the substantive matter following the completion of the processes by parties.

He said all the processes would be adopted on April 8 after which a date for judgment would be fixed.

Justice Ekwo had on Tuesday ordered the removal of the Ebonyi State Governor, Dave Umahi, his deputy, Kelechi Igwe and 16 members of the state House of Assembly for defecting to the APC in November 2020.

It remains to be seen if the same fate will befall the Zamfara governor who dumped the PDP for the ruling party last year.