Dangote says products from fertilizer plant are now exported to African market, US, Brazil, others 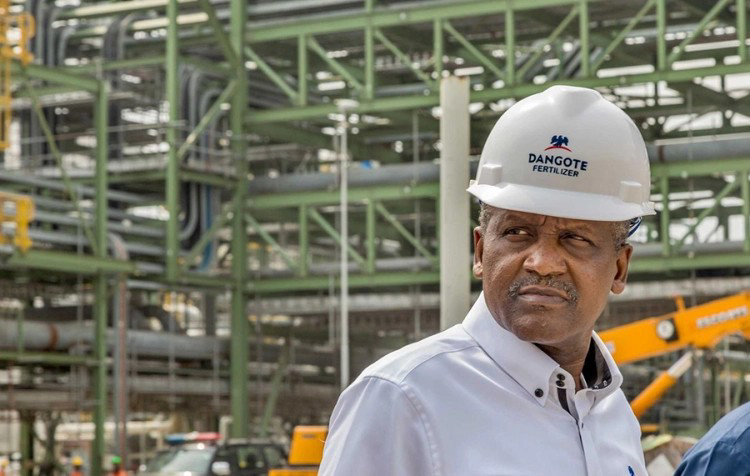 The President/Chief Executive Officer (CEO) of Dangote Group, Alhaji Aliko Dangote, has said that the products from its newly commissioned fertilizer plant are already in the African market as well as the United States, Brazil, India and Mexico.

Africa’s richest man noted that the export of products from the $2.5 billion fertilizer plant is due to the achievement of self-sufficiency in production with excess capacity for export.

This was made known by Dangote, while reading his address during the commissioning of the Dangote Fertilizer plant at the Ibeju-Lekki area of Lagos by President Muhammadu Buhari, on Tuesday, March 22, 2022.

Dangote said that the project which is the second-largest urea fertilizer plant in the world, with a capacity to produce 3 million tons a year of urea and ammonia, is an ambitious developmental project which will drastically reduce the level of unemployment and youth restiveness in the country through the generation of direct and indirect employment.

Dangote said, ‘’The fertilizer complex which is on 500 hectares, is built at the cost of $2.5 billion. The new fertilizer plant will make Nigeria self-sufficient in fertilizer production with excess capacity to other African countries and the rest of the world.

‘’Our products have already reached the African market and some to the United States, Brazil, India and Mexico.

‘’It is an ambitious developmental project which will drastically reduce the level of unemployment and youth restiveness in this country through the generation of direct and indirect employment.’’