Dangote: Oil refinery will be commissioned before Buhari ends tenure 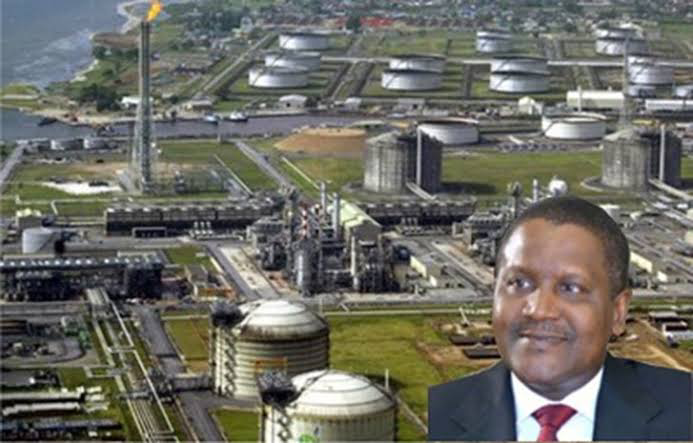 Aliko Dangote, president and chief executive officer (CEO) of Dangote Group, says his oil refinery will be commissioned before the end of President Muhammadu Buhari’s tenure.

Dangote said this on Friday while speaking to journalists after a meeting with Buhari at the presidential villa in Abuja.

In January, Dangote had said the refinery would begin processing crude by the third quarter of 2022. But it now appears there might be a shift.

“By the grace of God, Mr. President will come and commission it (refinery) before the end of his term next year,” he said.

The 650,000 barrel per day refinery is under construction in Lagos — and has been delayed for several years due to several factors, including project costs from earlier estimates of $12 billion to $14 billion.

For Nigeria, the refinery is a solution to ending reliance on imports for most refined petroleum products, even though Nigeria is Africa’s biggest oil producer and exporter.

The federal government has started to upgrade some state-owned refineries that have a refining capacity of 445,000 barrels per day (bpd) but had become dilapidated over several decades.

Godwin Emefiele, governor of the Central Bank of Nigeria (CBN), had said the Dangote Petroleum Refinery and the Fertiliser Plant would save the country $3 billion annually, thereby conserving scarce foreign exchange