Customs To Generate $176bn In 20 Years Through E-Customs 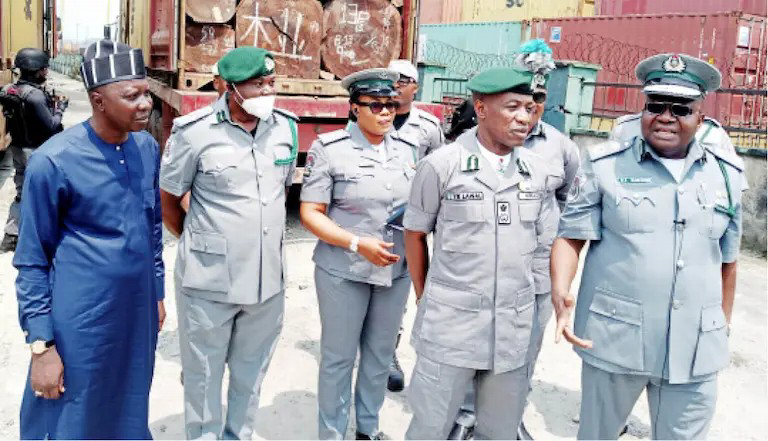 The Nigeria Customs Service (NCS) is poised to generate a staggering revenue to the tune of $176 billion in the next 20 years through implementation of its e-Customs project.

The NCS Comptroller-General, Col. Hameed Ali (rtd.) who disclosed this in Abuja on Monday during the signing of e-Customs concession agreement between the NCS, Africa Finance Corporation (AFC) and China’s Huawei Technologies Limited, said that the e-Customs concession project would enhance the cost of doing business, boost revenue, engender productivity and also stop every arbitrariness in the service.

“We will be making $176 billion within the next 20 years. I appreciate our partners, Huawei Technologies Limited. We had to go to China a couple of times and today we are going to become fully digitised. I thank the AFC for financing this project on behalf of the entire Nigerians. The success of this project will be on the global map. We are going to hit the ground running.

“The journey has been long and torturous, but we’ve eventually signed the dotted lines. I want to appreciate the Infrastructure Concession Regulatory Commission (ICRC) for the commitment to see the project to fruition.”

The Acting Director-General of ICRC, Mr Michael Ohiani, described the project as revolutionary.

He added that it would inspire digital smart processes and procedures in Customs’ operations.

“This is a migration from analogue to digital. We urge the concessionaire to stick to the rules of engagement as we will be monitoring the project every step of the way,” Ohiani said.

Mr Kelvin Yang, a representative of Huawei Technologies Limited, said the company would ensure that the aim of the concession agreement was achieved and transformed to a world- class project.

PREVIOUS POST Kwankwaso: Peter Obi could have been my running mate if he joined NNPP
NEXT POST Group Says no to monetary inducement of delegates, reaffirms their Support for Osinbajo