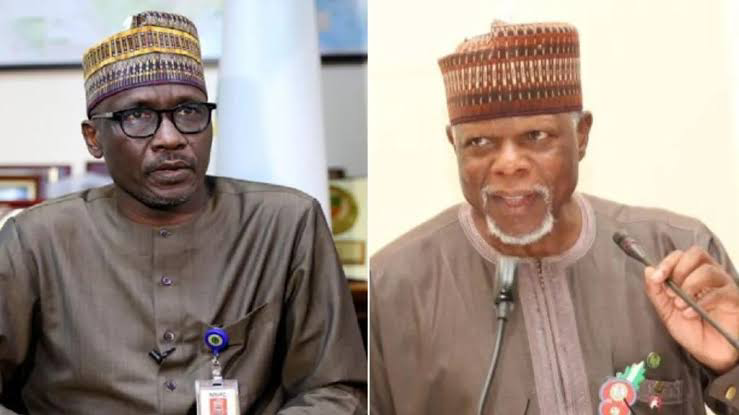 The Controller General of the Nigeria Customs Service (NCS), Col. Hameed Ali (Rtd) has faulted the daily consumption figures of petrol claimed by the Nigerian National Petroleum Company (NNPC) Limited to justify the over N6.34 trillion subsidy payment on the product annually.

This was made known by Ali on Thursday while making a presentation to the House of Representatives Committee on Finance at the continued hearing on the proposed Medium Term Expenditure Framework and Fiscal Strategy Paper (2023 – 2025) in Abuja.

Ali wondered why the NNPC said that the daily consumption figure of petrol is 60 million litres and then allowed 98 million litres to be lifted daily from the depots.

He argued that the NNPC cannot scientifically prove the 98 million litres per day consumption it was claiming, alleging that the state-owned oil company was supplying an excess of 38 million litres of petrol daily.

When asked his take on the proposed N11 to N12 trillion deficit in the 2023 budget in the 2023-2025 MTEF/FSP, Ali said, “I remember that last year we spoke about this. Unfortunately, this year, we are talking about subsidy again. The over N11 trillion we are going to take as debt, more than half of it is going for subsidy. The issue is not about smuggling of petroleum products. I have always argue this with NNPC.

“If we are consuming 60 million litres of PMS per day, by their own computation, why would you allow the release of 98 million litres per day? If you know this is our consumption, why would you allow that release? Scientifically, you cannot tell me that if I fill my tank today, tomorrow, I will fill the same tank with the same quantity of fuel. If I am operating a fuel station today and I go to Minna depot, lift petrol and take it to Kaduna, I may get to Kaduna in the evening and offload that fuel. There is no way I would have sold off that petrol immediately to warrant another load. So, how did you get to 60 million litre per day? That is my problem.’’

While dismissing claims that smuggling of petrol contributes to the huge amounts being paid for subsidy, the Customs boss said, “The issue of smuggling: if you release 98 million litres in actual and 60 million litres is used, the balance should be 38 million litres. How many trucks will carry 38 million litres every day? That’s almost 500. Which road are they following and where are they carrying this thing to?”