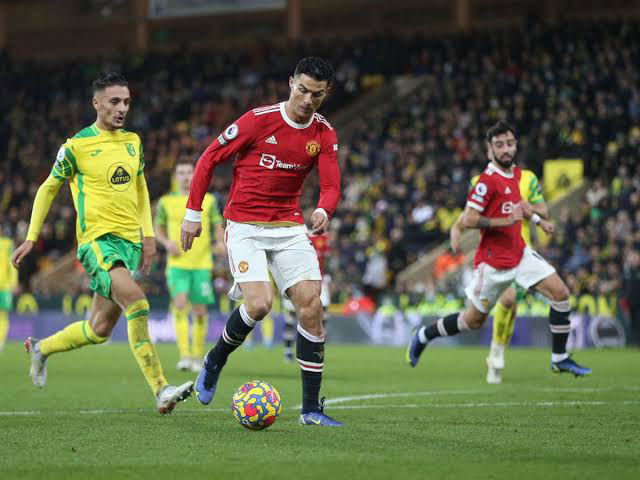 According to reports in England, from this point on Ronaldo will be earning an extra 100,000 pounds for every goal he scores until the end of the season.

Manchester United have six games to go until the 2021/22 campaign is over for Ralf Rangnick‘s men, who have been knocked out from both the FA Cup and Champions League.

Ronaldo, who has managed 20 goals in each of his last 16 seasons, will bag around 2.75 million pounds in the event he scores another nine goals to reach the 30-goal mark.

The Portuguese forward is expected to be Manchester United‘s top scorer by the end of the campaign and by achieving this milestone he will earn a reported one million pounds.

“I don’t think we need to speak about Ronaldo‘s performance today,” Rangnick said after the Norwich win.

“Another hat-trick, like the one he scored against Tottenham, made the difference, and at least two of them were not easy to score, the second and third.”

Despite being the team’s top performer this season, Ronaldo has been on the receiving end of criticism for Manchester United‘s poor performances. His future is believed to be uncertain, as Erik ten Hag is expected to succeed Rangnick in the summer.

“Cristiano has got another year of contract,” Rangnick explained.

“This will be a decision for the new manager to take, together with the board.

“Again, he showed against Tottenham and today’s game, that he can be the difference maker, in moments like this, in games like this, and it is no coincidence he has the best goalscoring record of all players in history. He showed that again today.”