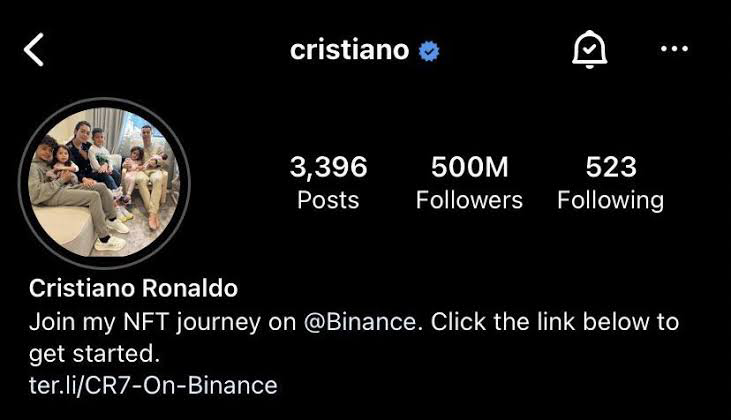 Portuguese football superstar Cristiano Ronaldo broke another record, but this time, not on the field. Ronaldo continues to set records on and off the pitch as he reached 500 million followers on social media.

According to British tabloid The Sun, he became the first celebrity recently to reach the milestone figure across Facebook, Twitter, and Instagram. At the time of writing, the Juventus star has 124 million on Facebook, 91 million on Twitter, and 262 million followers on Instagram. According to the newspaper, the five-time Ballon d’Or winner exceeds a million fans on YouTube despite him not using the account for almost four years.

Social media is more than just a good source of income for the star footballer. The same newspaper reported last year that he earns more money through social media than what he does while playing for Juventus. Ronaldo’s on-field domination has seen him make big gains off the field. The Juventus star mints millions for paid promotions on social media and not to forget his lucrative contract with the club.

Instagram is thought to have around 1 billion users which means that around 15% of the platform’s users are following the five-time Ballon d’Or winner.