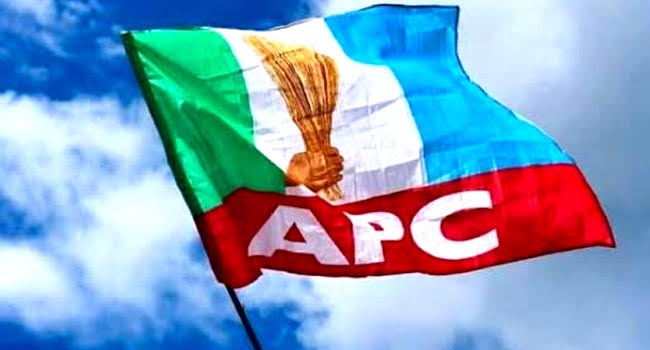 The Caretaker/Extraordinary Convention Planning Committee (CECPC) of the ruling All Progressives Congress (APC) has vowed to go ahead with the March 26 National Convention.

It insisted it had notified the Independent National Electoral Commission (INEC) of its intention hold the exercise.

The party said there was no need for a fresh 21-day notice as demanded by INEC for the exercise in a letter.

The spokesperson for the CECPC and APC National Youth Leader, Barr. Ismail Ahmed, stated these on Friday in Abuja.

He dismissed the INEC letter insisting on a fresh 21-day notice for the National Convention to follow due process.

Ahmed argued that having intimated INEC of its intent to conduct its national convention on February 26, which was moved to March 26, what is required is simply a notice of adjustment and not a fresh 21-day notice.

“Convention will hold on the 26th of March. I am not only a youth leader or internal spokesperson, I am also a lawyer. And we have served a notice to INEC for the 26th of February earlier.

” We served that notice on the 5th of February and that was the required 21 days. If you are going to make any adjustment to that date all you need is a letter, making an adjustment to the date.

“You don’t need another 21 days and that letter was since written about two weeks ago when we realised that we couldn’t hold it on the 26th of February.

“The moment, the CECPC agreed on the 26th of March, that letter was written to INEC, INEC has accepted that letter. So that is long gone is not an issue.”

in question, not in INEC, not certainly with us. That is settled.

“It is sacrosanct that 26th of March and we have comply with all the rules and we have notified INEC as appropriately expected for us to do that. So that’s no longer an issue.”

He explained that Gov. Abubakar Sani Bello has been functioning in acting capacity whenever the chairman was not available.

“And now we have a convention on the 26th of March, the chairman wrote a letter and transmitting his power to go for medical treatment. These are two emergencies.

“The chairman left, transmitted a letter, Governor Sani Bello has been acting appropriately. What is the problem? Why is it? Why is it difficult for people to simply understand that?” he queried.

“It’s very clear and very simple. If anybody has any issues with any of our decisions, you can take it to court. For now we’re doing it with the full authority and backing of the law. So there is no ambiguity in this. Absolutely none.”

On the decline of INEC to attend the Thursday National Executive Committee (NEC) meeting of the party due to procedural error, the youth leader said Professor Tahir Maman, a member of the caretaker committee, who oversees the Legal Department would address the media once the issues are clarified.

He insisted that “notice has been sent out for NEC meeting.”

PREVIOUS POST Ekweremadu declares for 2023 Guber, says no zoning in Enugu
NEXT POST Police IG bans use of unapproved uniforms on routine operations