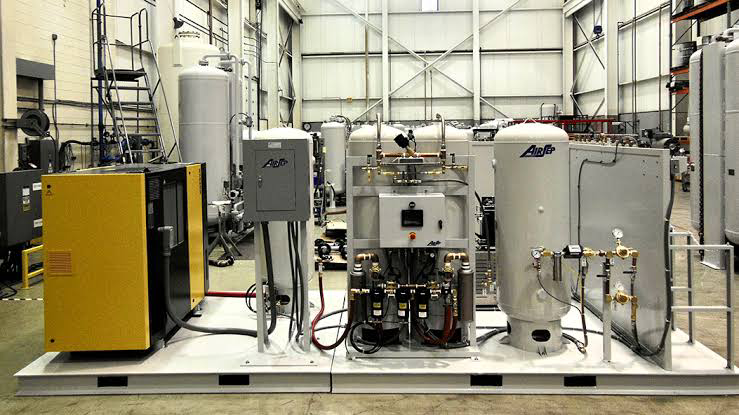 Ehanire said this Tuesday in Abuja, during the 17th edition of the President Muhammadu Buhari’s administration scorecard series where he featured.

According to him, before the COVID-19 pandemic in 2020, there were less than 30 functional oxygen plants in the country and the pandemic gave rise to the need for oxygen sufficiency.

He said that many responses to the pandemic came with certain benefits which included the activation of old, moribund oxygen plants and the establishment of new ones.

Ehanire said that some of the responses to the pandemic prompted the setting up and revamping of facilities which were not existent before such as isolation centres and treatment facilities across the country for different diseases.

He added that the FG established molecular laboratories at every Federal tertiary hospital, constructed and equipped 10 bedded intensive care units and isolation units in every tertiary hospital.

“We realised in the course of COVID-19 the importance of oxygen, and that the oxygen plants we had in the country before were less than 30, with many of them not functional, so the first thing we did was to get support to activate the existing oxygen plants and to build new ones.

“The Federal Government built one oxygen plant per state in every one of the federal institutions and later on we were able to get funding from Global Fund and UNICEF to further build more.

“This is so that oxygen is available throughout the country and we have full oxygen sufficiency both for private and public hospitals and even for Primary Health Care (PHC) centres across the country and the question of oxygen not being available will be a thing of the past.”

On the containment of the pandemic, he said the Federal Government, through the National Primary Health Care Development Agency (NPHCDA), took several proactive actions to vaccinate Nigerians.

This was to achieve the immunity required to interrupt COVID-19 community transmission in the country.

He added that COVID-19 safe and effective requirements were procured and Nigerians across all six geopolitical zones were sensitised to the need to avail themselves for complete doses of the vaccines.

The Minister also said the Federal Government had operationalised the gateways of the Basic Healthcare Provision Fund (BHCPF), having received and disbursed over N101 billion to over 7, 600 PHC facilities across the country as at October 2022.

He said the expenditure on PHC accounted for only 4.6 per cent of current health expenditure, a pointer for more investments in the revitalisation of PHCs.

“Although general government health expenditure increased, it was not enough to reduce out of pocket expenditure which increased from 71.5 per cent in 2019 to 72.8 per cent in 2020, still far off our target of less than 40 per cent.

He said that a dedicated emergency 3-digit number “112” could be dialed by any one requiring urgent emergency care.

He added that both private and public sector Emergency Treatment Centres and Ambulance service providers were registered and accredited to provide services through the programme at no immediate cost to beneficiaries.

On other achievements in the sector, he said that the National Agency for Food and Drug Administration and Control (NAFDAC) recorded better financial management and that its Internally Generated Revenue (IGR) tripled to N2.5 billion with user fees doubling to N15 billion.

He said that from 2019 to date, International Partners funding (Cash and Technical Support) received, amounted to $3.9 million and that the funds were currently being utilised for specified purposes.

He also said that the agency was re-organised and more directorates created (from 13 to 27) for effective management.

On the exodus of medical practitioners to other countries, he said it was a global trend and not one peculiar to Nigeria alone as other countries were also experiencing the same challenge.

He, however, said the government was working on better working conditions and better remuneration packages for medical practitioners, especially doctors in Nigeria to encourage them to stay back.

“We are also looking at how to now introduce a better performance based remuneration so that doctors do not just receive simple grade level salary but according to the work that they can do.

“This is so that they can receive remuneration for their performance and they can be happy that they are properly rewarded for what they have done.

“Right now a lot of doctors and nurses do not feel properly rewarded for the work that they do, so that would help a lot.”

The scorecard series, coordinated by the Minister of Information, Alhaji Lai Mohammed, was attended by various stakeholders in the health sector and heads of media organisations.