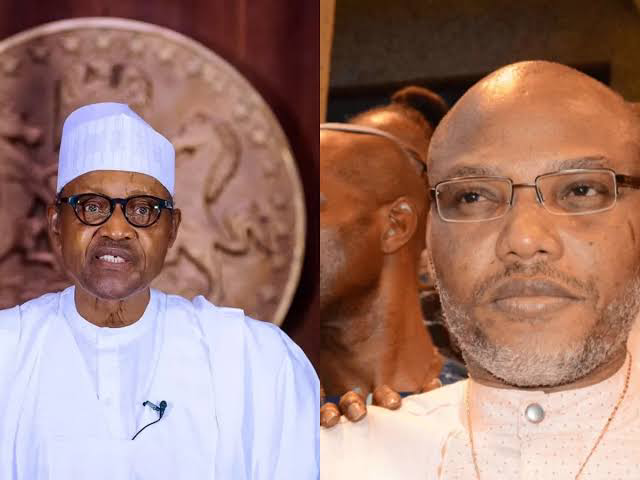 A political solution to the travails of Mr Nnamdi Kanu seems impossible as President Muhammadu Buhari insists only the court will decide his fate.

President Buhari made the declaration again on Friday shortly after leaders in the south-east region re-echoed their plea that he should forgive and pardon Kanu – the leader of the Indigenous People of Biafra (IPOB).

He gave the response in his address at the Ebonyi State Stakeholders’ Forum held at the Government House in Abakaliki, the state capital.

“I have listened carefully to the various appeals from the elders to the traditional leaders, regarding a wide range of options,” the President said. “And as I have said previously, this matter remains in the full purview of the court where it will be properly adjudicated.

“My worry is for our hardworking and innocent civilians for whom life is already tough and will like to just go out and earn a decent and honest living.”

President Buhari, who arrived in Ebonyi on Thursday on a two-day official visit, was worried about the renewed attacks by gunmen in the region.

According to him, the situation has continued to deteriorate in spite of the efforts of the military, police, and other security agencies to protect the people.

The President specifically condemned the brutal killings of security operatives and innocent civilians, as well as the truncation of commercial activities in the region.

He, therefore, advised the people not to be brainwashed but to support the government in flushing out those restricting their freedom of movement and ability to exercise their basic human rights.

“I must register my deep and grave concern with regards to the deteriorating state of security affairs in this region,” said President Buhari. “In the last 48 hours, I have been informed of the latest in the round of brutal actions carried out by gun-wielding terrorists who prey on innocent and hardworking citizens.

“Unfortunately, these barbaric acts were aimed at those who have committed their lives to protecting their fellow citizens. May the souls of these soldiers and many others killed by these evildoers rest in peace