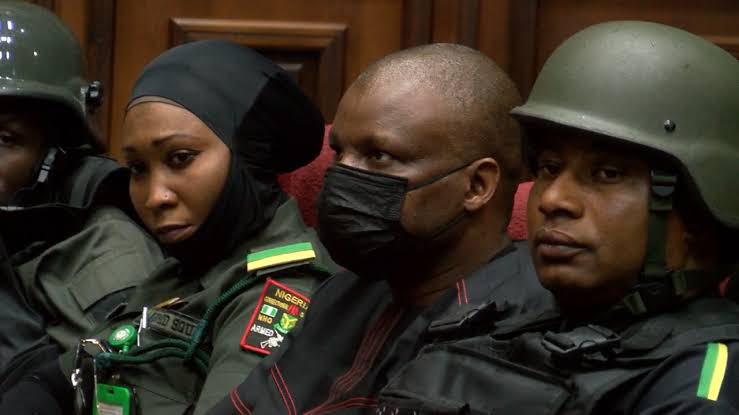 A Federal High Court in Abuja has thrown out a suit by the Federal Government to extradite the suspended Deputy Commissioner of Police, Abba Kyari, to the United States of America.

In his ruling on Monday, Justice Inyang Ekwo struck out the suit filed by Abubakar Malami, the Attorney General of the Federation and Minister of Justice, on the ground that the application is incompetent, lacked merit, and was instituted in bad faith.

Justice Ekwo insisted that the current administration has no basis to file the extradition request having commenced trial in a case filed against the embattled Deputy Commissioner of Police by the National Drug Law Enforcement Agency.

The Federal Government filed the extradition charges against Kyari to pave way for his extradition to the US to answer fraud allegations.

Kyari is wanted in the United States over alleged conspiracy to commit wire fraud, money laundering, and identity theft.

On April 29, 2021, a grand jury filed an indictment against Kyari with the approval of the US district court for the Central District of California, after which a warrant was issued for his arrest.

In July 2021, the Federal Bureau of Investigation (FBI) indicted Kyari in a $1.1 million fraud involving an Instagram celebrity, Hushpuppi.

A month later, the Inspector-General of Police, Usman Baba, received the report of a panel set up to probe the allegation against the officer.