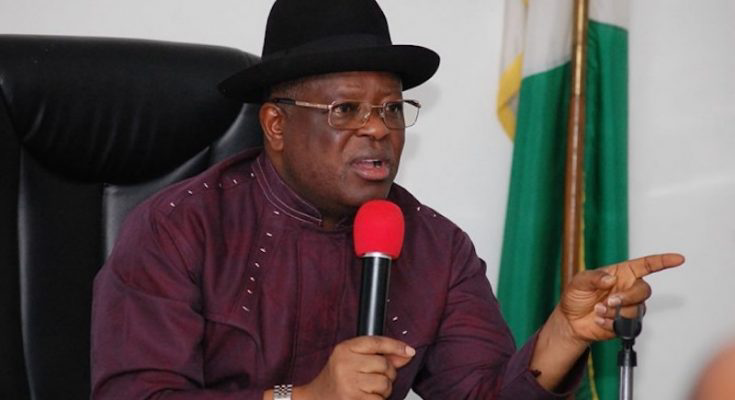 Governor David Umahi has reacted to the judgement of the Federal High Court in Abuja that declared his seat and that of his Deputy, Kelechi Igwe, vacant after their defection to the All Progressives Congress from the People’s Democratic Party.

Reacting to the judgement, Governor Umahi said Justice Inyang Ekwo lacks the power to remove him from office alleging that his judgement was influenced by external parties.

Umahi noted that there is no provision in the Nigeria Constitution whereby a serving Governor or his Deputy could be removed on account of defection to another political party.

He explained it is only through death, resignation or Impeachment by the state House of Assembly that a serving Governor and his Deputy could be removed from office.

The Peoples Democratic Party (PDP) had approached the court, asking for Umahi’s removal after he defected from the party to the All Progressives Congress (APC) in November 2020.

Citing section 221 of the constitution, Justice Inyang Ekwo ordered the PDP to immediately send names of replacements to the Independent National Electoral Commission (INEC) so that fresh elections can be conducted.