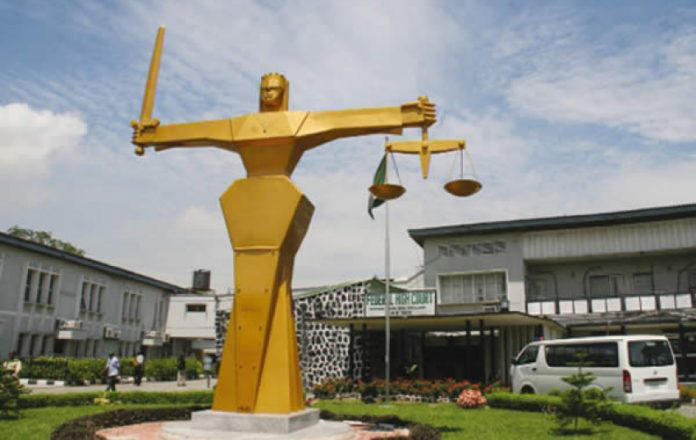 The Federal High Court in Lagos has granted an order of mandamus, compelling Governor Babajide Sanwo-Olu, and the Lagos State Government to give account of the N10 billion released to it by the Federal Government as COVID-19 Intervention Fund.

Justice Tijjani Ringim granted the order while delivering ruling on an ex-parte motion filed by the  Executive Director of Coalition for Good Governance in Nigeria, Olukoya Ogungbeje.

Ogungbeje had sought the permission of the court to seek an order of mandamus to compel Governor Sanwo-Olu to make public the breakdown of expenses and expenditures on the fund.

Ogungbeje had, in a letter dated July 17, 2020 and acknowledged by the Lagos State Government on July 21, 2020, requested information on the fund but was allegedly declined.

The lawyer, who filed the suit pursuant to the Freedom of Information Act,  asked the court for an order convicting Sanwo-Olu and the state government, as defaulting officers, to pay the fine of N10 million, for wrongful denying him  the access to the requested information.

He sought a declaration that the refusal of the governor and the Lagos State Government, to furnish the applicant with the information on the breakdown of expenses and expenditures on the fund and other sundry donations with written notice to the applicant, is a flagrant violation of the provisions of the Freedom of information Act 2011.

In verifying affidavit in support of the ex-parte application, Ogungbeje, who described himself as the executive director of Coalition for Good Governance in Nigeria, stated that sometime between December 2019 and February 2020, the corona virus, otherwise known as COVID-19, had plagued many countries across te world, including Nigeria, and that concerted and commendable efforts were made by the governments of the affected countries, including the Federal Government to stem the tide of the deadly virus.

He stated that sometime in March 2020, the Federal Government released the sum of N10 billion a to the first and second respondents in a bid to provide palliatives to residents of Lagos and to fight the COVID-19 pandemic in the state.

Ogungbeje stated that on July 13, 2020, doctors in Lagos embarked on a warning strike action based on issues ranging from non-payment of allowances, welfare packages and other sundry issues in connection with services rendered in relation to the pandemic.

He said residents in Lagos, including himself, found it difficult to access government-owned hospitals.

He also stated that palliatives distributed by the respondents to residents were grossly insufficient and inadequate to justify the huge intervention funds.

In its ruling on Tuesday, the court declared that the refusal of the governor and the Lagos State Government to furnish the applicant with information was a flagrant violation of the provisions of the Freedom of Information Act 2011.

The judge, however, ordered Ogungbeje to file a written undertaking for the cost in the event that the orders ought not to have been granted.